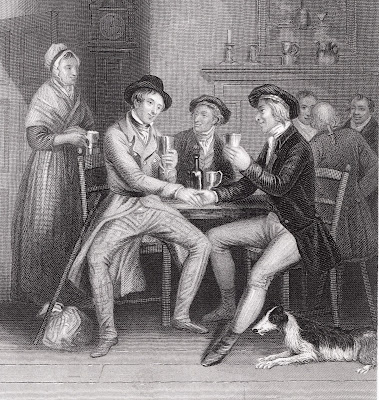 Scots spread around the world as – explorers, lecturers, innovators, writers – and had close trade to Europe.

Kane writes of the impact songs can have, to bring us all together in community spirit, to build hope.
From a shattered apartment Beirut – windows blown in, amid her ruin an elderly woman sits at her piano and plays the classic international song by our Bard Robert Burns, his song of unity and friendship -

Making beauty from ashes.....
This song's emotional power travels the globe and gives people hope. Not about divisions but about bringing people together in what really matters.

Scots and journalist musician Pat Kane concludes for indy (Scotland National August 8th)
All the way from Beirut the perfect national anthem for indy Scotland.
“hardly for the first time, Scotland is already profoundly woven into the world, as the world waits for our official return. Closing suggestion, isn’t this the obvious, post indy Scottish national anthem in waiting? A song the world already sings – joyfully, harmoniously, in happy celebration? Right under our noises, all this time. “

Here are the pipes and chorus and a perfect rendition of Auld Lang Syne. https://www.youtube.com/auld-lang-syne

Burns heard the old song and added new verses - its a song too for the auld Scotia that was being lost.
This is a song about bringing people together. Because Scotland's self-determination is not about any nationhood - but rather our right to democracy for all who live here in Scotland - for our fairer, more equal, greener and well being future.

Kane writes of the impact songs can have, to bring us all together in community spirit, to build hope. Collective singing can ‘induce feelings of happiness, safety and security in a group – calming, energising, organising and inspiring.
He recommends the book - David Levitin , The World in Six Songs.