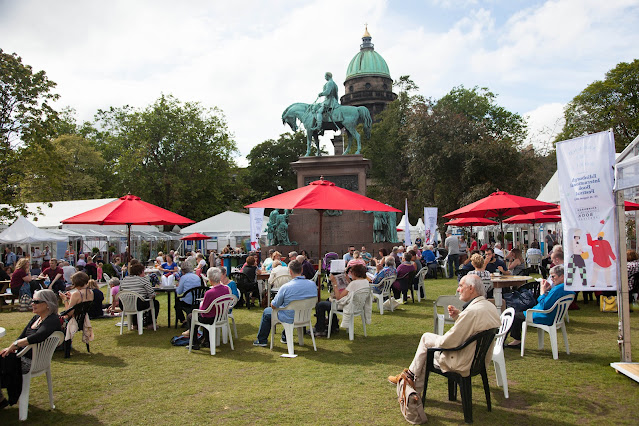 EIBF returns with a full program this year and hopes to recreate that buzz, after the Lockdowns. To build on the hybrid format developed over two years of pandemic – with live, in-person events also available to steam online.

For the first time since 2019, nearly all events will be live on stage in Edinburgh and will add a new venue at Central Hall - a 700+ seat theatre space in the heart of the city and a 5 minute walk from the Festival Village at Edinburgh College of Art.

EIBF has re-located from its Charlotte square site (since 1982) – to save the 120 trees, the festival has been hurting their roots with the amount of foot fall: this has been an ecological decision. The festival’s new home will be the Edinburgh University Future’s building which will offer both enough indoor and outdoor space and a village green space.

This year the festival takes place at the Edinburgh art college Lauriston place.

*EIBF director Nick Barley  - “We’ve learned a great deal since 2019 – the world has changed immeasurably with the pandemic and war in Europe – but we’re also beginning to imagine what a better future should look like. Exploring these issues in inspiring conversations with scientists, historians, poets and novelists is exactly where the book festival comes into its own. 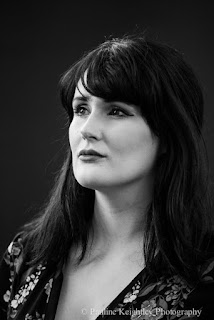 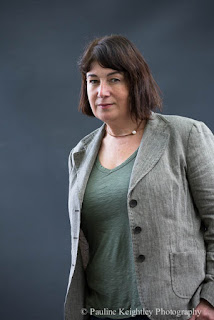 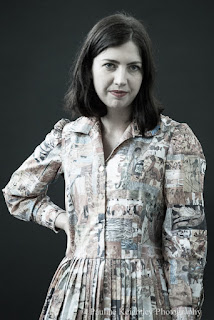 The festival plans to be more inclusive with Stories and Scarm – for all to tell our own stories, such a Syrian refugees. The festival has been encouraging people from all backgrounds.

PLUS Val McDermid with her new book 89, which charts Scotland history via a thriller;  Maggie O’Farrell, Hamnet, her new book set in the Medici Renaissance. 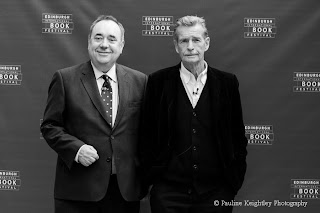 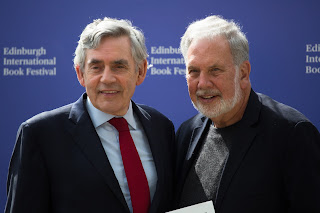 Also discussions on the role of Europe, impact of war with Ukrainian historian Sarhii Plokky.

**PLUS the large Children’s Book Festival with its

'Come together' for conversations with storytellers, musicians, politicians, actors, chefs, illustrators and more this August. Attend live in-person events in Edinburgh or watch events at home, 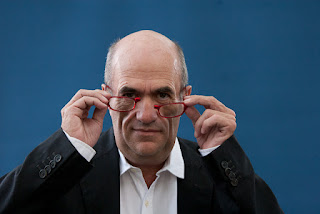