This key concert of Niteworks with the BBC Scottish Symphony Orchestra (SSO) was rescheduled from January due to the Covid restrictions, as part of Celtic Connections 2022.

I first heard Niteworks from Skye supporting the Grit orchestra for their Bothy Culture concert at the Hydro, at Celtic Connections music festival in 2018 and was impressed with their music. 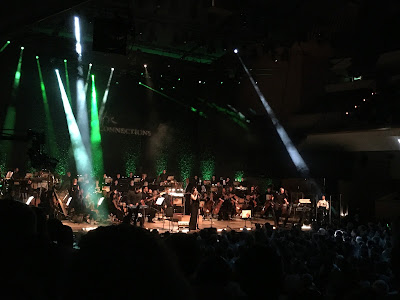 What a top class concert.

Gaelic singers Sian sang perfect and engrossing vocal harmonies. The Gaelic voice offers such a unique experience, with lilting emotion, both soft and poignant. They were backed by Innes White on guitar. Sian means storm or the elements are - Caitlin Lilidh, Ellen MacDonald, Eilidh Cormack (singer year Scots Trad music) and they are supporters of Gaelic song composed by women. 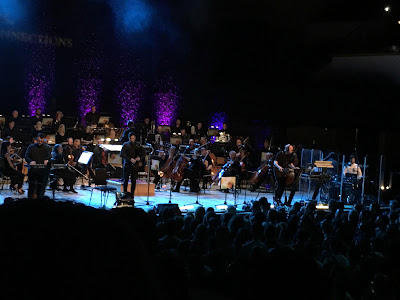 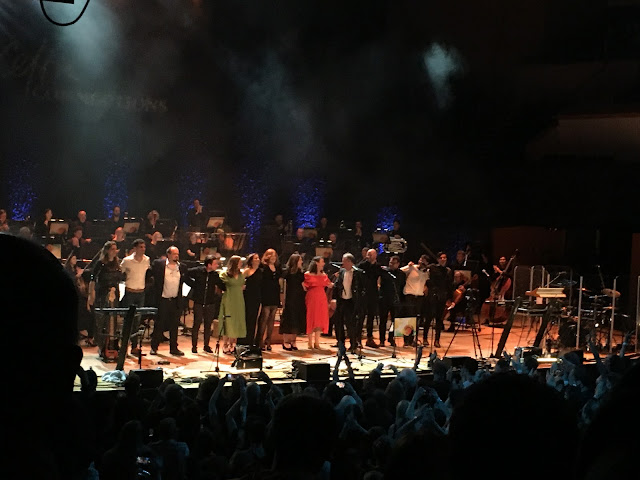 Niteworks worked with composer John Logan and the BBC Scottish Symphony Orchestra (BBC SSO) to create a one off concert with orchestral versions of the Skye band’s genre-bending music,

Niteworks performed with full on energy - and clearly enjoyed the treat of having the full orchestra, to enrich and complement their sound. The band were joined on stage by a line up of quality singers – Beth Maledin sang a moving interpretation of the English traditional song John Riley, followed by the renowned Gaelic singer Kathleen MacInnes.

At the front of the stage were a young, dancing and standing audience. An immersive, joyous and highly entertaining evening:

This young band fuse their Skye influences with contemporary sounds. and draws comparison to innovative piper and composer Martyn Bennet. They mix the Hebridean song traditions and bagpipes with stirring electronic dance rhythms and driving drumbeats. The band have worked with several Gaelic singers and the Kinnaris Quintet and have headlined music festivals.

During the lockdowns the band collaborated on Edinburgh’s Hogmanay Farewell film reflecting  on the pandemic, with the orchestra. This then has had an impact on their music for their new 2022 album A’Ghrian (the sun) with a more expansive and cinematic sound.