Unmarked graves of children: suppression of The Marieval Indians 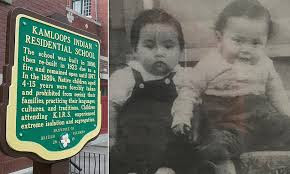 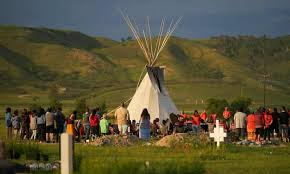 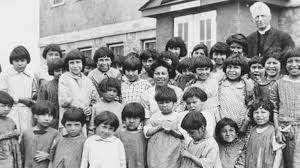 **Today I heard two desperately sad, separate stories of the deliberate suppression and persecution of a racial kind by British imperialism

The first was in Canada, once a British colony. Imperial policies, begun in Ireland and Scotland, led to the destruction of indigenous peoples way of life – their laws, culture, history and language. Reading history of the late 16th century and the Tudor expansionism, followed by James Stuart (I & VI) who believed in bringing the British isles together in a united religion and culture. That didn’t work!

An indigenous nations in Canada has found graves at the site of a former residential school in Saskatchewan. The Cowessess First Nation said the discovery was "the most significantly substantial to date in Canada". It comes weeks after the remains of 215 children were found at another school in British Columbia. The Marieval Indian Residential School was operated by the Roman Catholic Church from 1863 to 1997

Prime Minister Justin Trudeau said he was "terribly saddened" by the discovery . "a shameful reminder of the systemic racism, discrimination, and injustice that Indigenous peoples have faced". 130 boarding schools funded by the Canadian government during the 19th and 20th Centuries, were run with the aim of assimilating indigenous youth. An estimated 6,000 children died in these schools, due to the squalid conditions. Chief Delorme said. Technical teams will now work to provide a verified number and identify the remains, 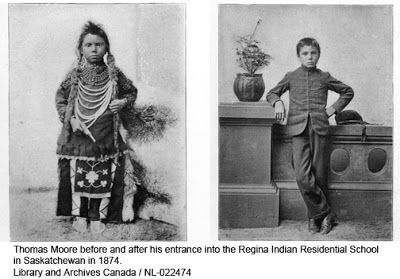 More than 150,000 indigenous children were taken from their families and placed in these schools throughout Canada. The children were not allowed to speak their language or to practice their culture, and many were mistreated and abused.

"They made us believe we didn't have souls," said former residential school student Florence Sparvier at a press conference on Thursday. "They were putting us down as people, so we learned to not like who we were." 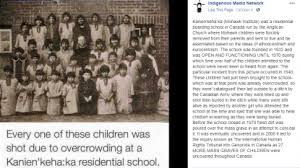 II   The second story was the partition of Pakistan and India in 1947, when 17 million people were displaced and I million died – after 200 years of British rule. I watched a program by on this partition presented by Gurinda Chadha: before partition Hindus, Sikhs and Muslims lived together peacefully ad in Delhi there are mosques,  The British government in India followed the deliberate policies of divide and rule. They employed Sikhs as their military to do their dirty work. So before India’s independence, the Indian leaders all encouraged religious division in order to advance their own political advantage. At this time some believed that some races were superior to others. 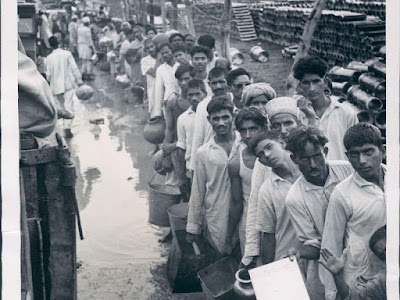 Then there is the partition of Ireland, which is a story in itself! The Normans who settled Ireland, after 1066, assimilated into the Irish culture and for a long time only the Pale was under English control (area around Dublin). The problems began with the Tudor expansion, first under Henry VIII and then under Elizabeth, which led to the 9 years war (1594- 1603) and the flight of the Earls from Ulster – and afterwards the Plantation of the north – alongside the suppression of Irish laws, language and culture. Henry VIII was a bully and tyrant and appears to be upheld up as a model English hero. It’s a sad day that Brexit and the Irish sea border and the Northern Ireland protocol is now causing all these tensions to resurface. 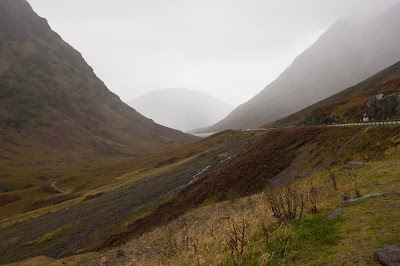 And in Scotland - Since the enforced Highland clearances, to bring sheep grazing, deer stalking and grouse shooting estates for the Victorian elite - who saw Scotland as empty moorlands and glens for their holiday retreats – there has been deliberate policies of exploitation and the destruction of Scotland economic life. Kilts and Scots language were banned. The Scottish highlands and islands are the most depopulated areas in Europe - with desolate glens and only 4% natural forests, which compares to 37% average for forests in Europe. the rewilding Scotland is a crucial project. We need people to return.

All this led to centuries of emigration, exploitations, violence, bloodshed. In recent times in the EU has led to peace and prosperity across Europe and in Ireland. Religion should not be part of government or schools, but a private matter.

I used to believe that religions were a cause of divisions – but I begin to wonder now is it ignorant, ambitious leaders who exploit and exaggerate difference for their own political gains? Brexit was led by the blaming and dislike for the ‘other’.

Imperial policies, begun in Ireland by Henry Tudor, and later the Highland and Lowland clearances, lled to the destruction of indigenous peoples way of life across the world and their laws, culture, history and language. Reading history of the late 16th century and the Tudor expansionism, followed by James Stuart (I & VI) who believed in bringing the British isles together in a united religion and culture. That didn’t work!

The time for empire and imperialism has now past. More and more, culturally we are recognising the rights of equality and difference .... I hope. In fact difference and debate are necessary for democracy. We are also recognising the dreadful crimes of the African slave trade. 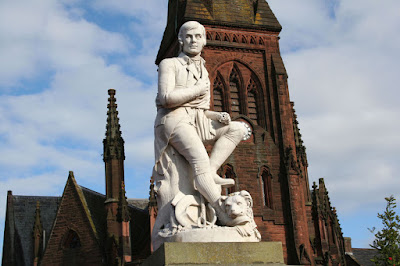 A recent tv program documented Burns success in American. There are 15 Statues of Burns there, more than to any other writer or musician. Yet in Scotland’s capital, which is covered in unionist statues along its Hanoverian new town streets there is one statue hidden away down the bottom of Leith walk. I was over for the Edinburgh festival and noticed all the George St statues, shockingly there is little on Scotland’s most famous son.
This happened to the world’s greatest poet who was dismissed as simply a ‘heaven taught ploughman poet’ – when in fact he knew five languages and was a ferocious reader of the classics, philosophers and of the Scottish enlightenment.

There has been devious, underhand, manipulative moves - not only to ignore the Scottish contributions to the world of the arts, writing, history, and science -.but to whitewash them out of history by those who support the Unionist establishment, the Anglicised Scots of all things English, who see their future in a House of Lords!

**As an example in 1854 the Irish poet Oscar Wilde was born and his mother named him - Oscar Fingal Ossian - ‘Isn’t that grand, misty and Ossianic” she said - yet today who has heard of James MacPherson's Ossian poems? More recently the 1980s there were moves by the English controlled Arts council to close the Scottish National portrait gallery and ignore Scottish art, which was strongly opposed, and thankfully has instead been refurbished and is flourishing today.

What I did learn was of Tudor England and of English writers such as Shakespeare, Wilfred Owen and some American writers. My only lessons in Scottish history were a couple of Burns songs with the Primary schools choir – Ca the Knowes, Comin Through the Rye. I was hooked. I feel angry that at school and college in Edinburgh, I learnt of French, American and English writers – but nothing on the great Scottish writers! Hopefully today with Scottish studies at our universities, this has improved in our schools too.

We need to ask - Why have we Scots forgotten? The idea has been to suppress the subordinate cultures such as Ireland, Wales and Scotland. Writers likes Burns and others fought against this in the years after the forced union. I was reading of the origins of Romantic poetry after I picked up a book at the National portrait gallery London on Romantic poets – of the Ossian poems of James MacPherson (read by Napoleon and worldwide), Allan Ramsay, Robert Fergusson, Walter Scott, and of course the unparalleled Robert Burns - there was no mention - the international success of Scottish writers has been suppressed. 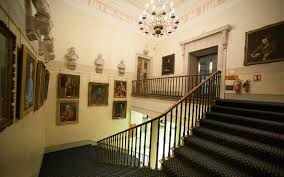 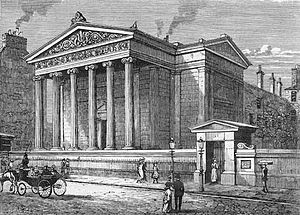 A few years ago my son graduated at the Royal college of Surgeons Edinburgh, where I was surprised to learn that we have the oldest centre for medicine in the world! There have also been many great Scottish scientific and medical innovations.

Artist and teacher Alexander Moffat and poet and lecturer Alan Raich, write in their informed book, Arts of Independence –“In most countries in their national galleries, half are devote to International Art and the other half to the Art of that nation itself." This is not the case in Scotland where Glasgow artists have been neglected too, as recently as the 1980s and they had to go to New York for recognition.

I believe it is not only very important, but also time we honoured our great Bard, with a statue of him in St Andrews square (and not the other forgotten tyrant Dundas).
And that we also honoured Fergusson (Burn’s muse), Allan Ramsay and the many recent great Scottish writers along with the manygreatrecent authors with a decent Scottish writers museum.

Nationalism understandings matters – it matters to know and understand our roots, heritage and the stories that inform our nation. To understand the places and streets we walk upon. And not in an exclusive way but an inclusive way.
***The great Scottish poet Hugh MacDiarmid wrote, “To be truly international, you have to be national to begin with, to see the entire Scotland – and not an Anglo-centric or Anglo-American perspective that dominated media and 20th century cultural analysis.“

“The idea that national self-determination can fuse and ignite art, safeguard its provision, be the ground from which self-knowledge, love of others and the optimism of curiosity grows.”