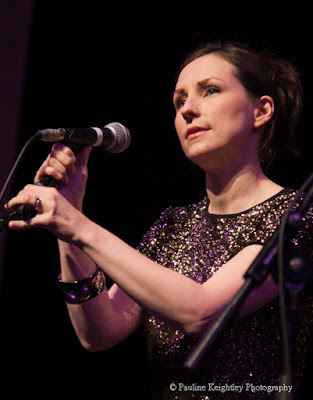 “We loose colour and diversity”\\
Some of the most popular concerts at Celtic Connections festival are the concerts by Gaelic singers.
Jeremy Dutcher, was awarded Canada’s Polaris Music Prize in 2018 for his album Wolastoqiyik Lintuwakonawa. Dutcher, an indigenous artist from  New Brunswick, performed in the Wolastoq language

This year at Celtic Connections 2019, as part of  2019 Unesco International Year of Indigenous Languages and to give artists space and time to interrogate how Scotland and Canada’s shared colonial histories manifest within contemporary creative practice.
Jean Cameron in her article, ‘How our Scotland-Canada collab is celebrating indigenous languages’ writes about how she looked at Scotland’s colonial past after working with artists at Glasgow 2014 Commonwealth Games cultural programme: folk who scrutinised Scotland’s imperial history. …..The Indian Act brought in by Macdonald in 1876 resulted in 100,000 indigenous Canadian children being forcibly sent into the residential school system that removed and isolated them from the influence of their homes, families, languages, traditions and cultures. For too many, these schools were sites of colonial violence where children were subjected to sexual and physical abuse at the hands of the people supposed to “civilise” them.

Support from Creative Scotland, the Scottish Government in Canada and The High Commission of Canada has enabled us to bring 15 or so artists together, including Kanyen’kehaka (Mohawk) curator Greg Hill from the National Gallery of Canada; Kevin Loring, the first artistic director of indigenous theatre at the National Arts Centre of Canada; Scottish composer and former Young Gaelic Ambassador of the Year Pàdruig Morrison; author Donald S Murray and creative producer Seona McClintock.
“Let us remember why they are smaller and fragile: often due to oppression, cultural imperialism and economic disconnection. These themes will undoubtedly emerge during this exchange. It’s vital to remember language adds colour and tone to life, place, belonging and perspective. If we lose any, we lose that colour and all that it reflects. Nuances and idioms shape us, some words don’t translate, they are untranslatable.” 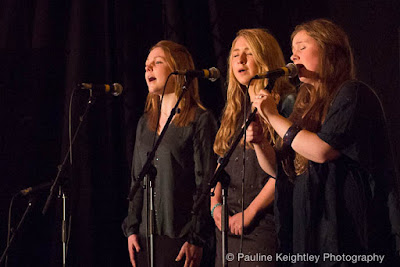 Language makes us who we are and there is renewed interest in both Scots and Gaelic. Tellingly for the course of the British power in Ireland (the DUP) continue to fight against the acknowledgement of the Irish language, even while original Scots/Irish settlers there spoke Irish Gaelic. In the past century Scots culture was portrayed by an out of touch caricature – of Donald wheres yur troosers, bagpipes and the White Heather Club dancers.
The European project on the other hand values all its regions and understands that EU success depends on the health and diversity of all its constituent parts and the remotest regions and small farms are sent decent grants and support. 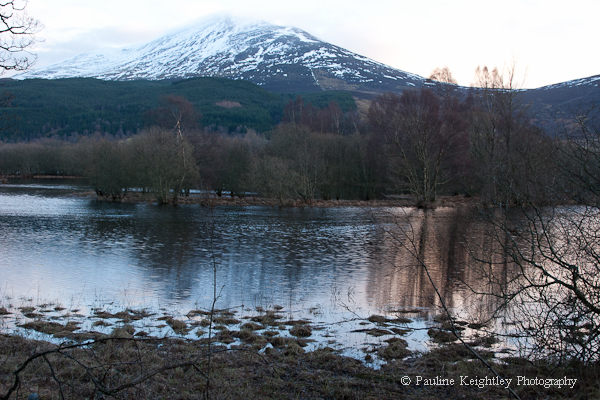 In 2009 I took photos at a Clan Gathering Homecoming in Edinburgh – where many of the Scots diaspora celebrated their roots. There are about 11 million of Scots descent living abroad. As many Scots live in Canada as in Scotland. Waves of Scots were forced to flee their homeland during the highland clearances in two waves – first after the Jacobite wars in 1750s (lets be clear these were European religious feuds /wars and included solders from Ireland, France, Germany – they were not the English fighting the Scots!) 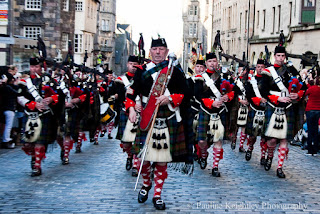 The second wave was early 19th century - and also again after the first world war, people of the beautiful Hebrides and Orkney islands were spun yarns of the great life they could have over the seas. It was a direct de-population and suppression of Highland peoples and their culture and stories. It was a way of spreading the British empire worldwide. 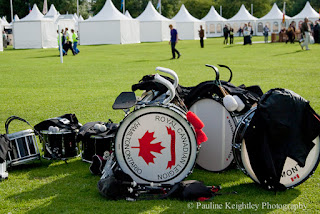 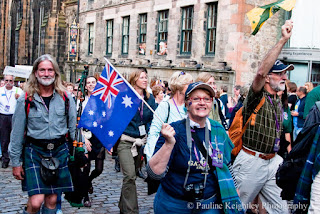 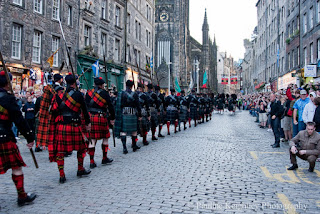 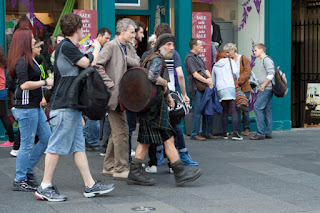 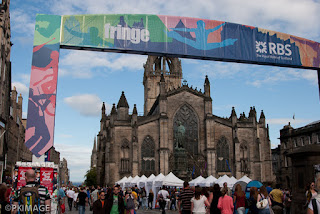 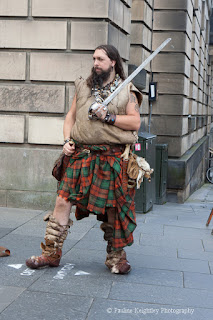 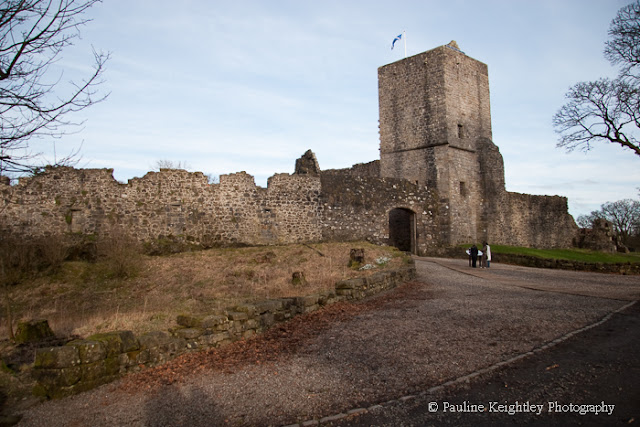 Each year Canada hosts the Glengarry games.
Of course we don’t learn anything of the clearances, Jacobites, Scottish inventions, Scottish writers or artists or even of Robert Burns, if we study Scottish history at Scottish secondary schools. Instead history teachers in Scotland have had to teach of the glories of the British empire, Shakespeare or Tudors. It’s a shocking state that there is such historical ignorance here. Hopefully things have improved today?! 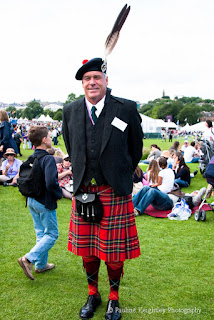 At least that’s what I had to study. Now I am older (and hopefully wiser) I am teaching myself Scottish history. It makes me both very sad and angry that when I walked the ancient streets of Edina in m youth I knew nothing. I did visit the castle and art galleries and I taught myself something of the Stuarts and of Mary Queen of Scots, at those places. There were the poets who wrote to keep Scots culture alive after the union of 1707. Lets also be clear – this was never a union of equal partners – it was about a few ambitious Scots careers and for greed.

According to Janice Charette, Canadian High Commissioner UK, the ties are robust to Scotland: On the calendars across Canada there are Caledonian events, from Highland Games to Burns nights. “Canada prides itself on being a diverse, multi-cultural population - one of strengths.
Also in Vancouver they have combined Burns night and the Chinese New Year into a major event. It is called the Gung Haggis Fat Choy Festival so Scottish and Chinese Canadians and other Canadians of all origins come together for it. They eat haggis and dim sum, drink single malt whisky while watching a traditional Chinese dragon dance to the accompaniment of bagpipes.”  “It was only since I came to live in Scotland that I began to understand my own country’s story. The heritage of the diaspora – the poetry, the songs, the literature - allows you to see through Scottish eyes and appreciate just how much this small country gave to Canada.”

But the real Scots history is not here in royal portraits – but with the ordinary Scots.
Fortunately the Scottish songs and music and stories live on in Canada!
The young President Justin Trudeau, who has a Scottish grandfather, visited Edinburgh in July to mark the Canadian celebrations.

**The Canada STORY
This Saturday marks150th anniversary of the founding of Canada - The British North America Act of 1867 marks the provinces of Upper and lower Canada, Nova Scotia, and New Brunswick “shall form and be One Dominion, under the name of Canada.” Gaelic Scotland were part of the founding of present day Canada. The first Scots arrived in Nova Scotia1620s. Men from Orkney arrived a century later, recruited by the fur traders from Hudson’s Bay Co.

The first Canadian Prime Minister John Macdonald was from Glasgow, his father was from Sutherland and his mother a Shaw from Badenoch. Of Canada’s 23 prime ministers14 have had Scottish roots including Justin Trudeau, whose grandfather hailed from Banffshire. It was Macdonald, along with Scots George Stephen and Donald Smith, who were responsible for the building of the Canadian Pacific Railway coast. 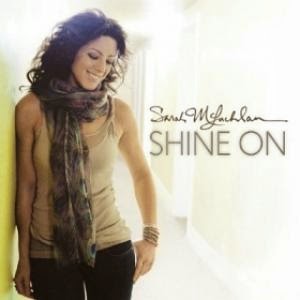 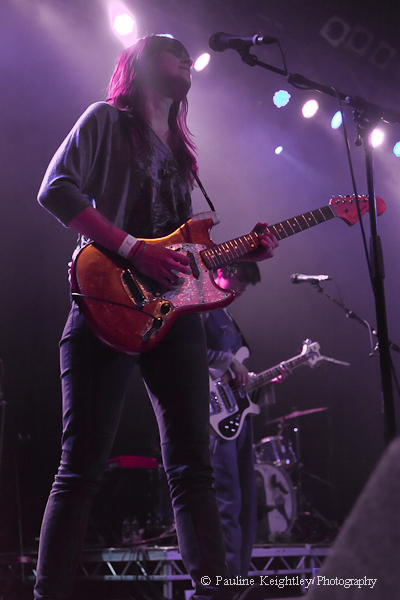 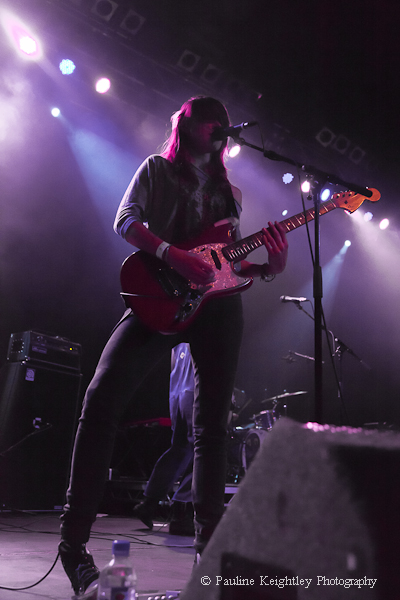 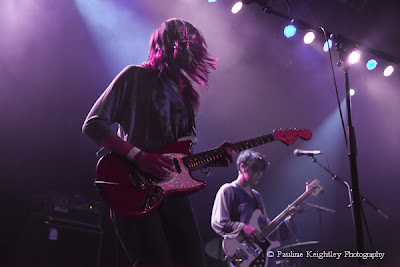 Warpaint impressed the audience and they played an ethereal sound and the band describe themselves as experimental art rock. First girl band I've photographed. They were in soft-blue stage lighting which wasn't so easy to photograph!
http://www.warpaintwarpaint.com/

Warpaint is an American art rock group from Los Angeles, formed in 2004. The band's members are Emily Kokal (vocals, guitar), Theresa Wayman (guitar, vocals), Jenny Lee Lindberg (bass, vocals), and Stella Mozgawa (drums, vocals). Warpaint released their debut EP, Exquisite Corpse, in 2009, followed by their full length album, The Fool, released in 2010. "Shadows" was the first single release from their debut and was playlisted by BBC Radio 1 as part of the In New Music We Trust. Warpaint toured in the United States and Europe in 2011 to promote the album. They played at Bonnaroo, Glastonbury Festival, Reading and Leeds Festivals, Coachella Valley Music and Arts Festival, Rock Werchter and Electric Picnic.