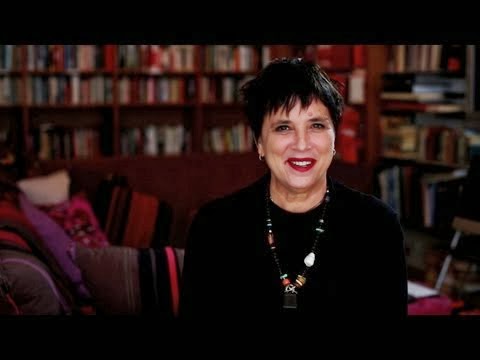 Eve Ensler (born May 25, 1953) is an American playwright, feminist, activist best known for her play The Vagina Monologues. I was inspired last night on BBCs Hardtalk by writer and feminist Eve Ensler who works against violence towards women. Certainly when I listen to the news it is often about violence towards women ( just today in the UK DJ Dave Lee Tarvis and Rolf Harris are both in court for charges of sexual assaults on young women)
http://www.bbc.co.uk/programmes/eveensler

She says women need to break the silence - and that most women keep quiet about their problems.  Violence towards women occurs in all countries worldwide - there is still incest, bullying, sexual harassment in the developed world - 1 in 5 women in UK are attacked, 1 in 3 in the US, 1 in 5 women on college compasses US are attacked.  Violence against women is what maintains Patriarchy.

Her play The Vagina Monologues makes it OK for women to speak out. She heard women talk of these issues and stories that upset her.  One older woman spoke of being assaulted as a young girl and after this experience she never had sex. Eventually all the women's stories were made into her play The Vagina Monologues which is now performed world wide in 140 countries. She said the storied are universal and that all women understand them.  She claims that the violence perfumed by men against women can lead to depression, suicides and eating disorders.  She says women need to break the silence. She said that the threat of violence and daily terror leads to a siege mentality and that this existence of fear leads to depressions, destroys self esteem, confidence and sense of worthiness.

Ensler stated that her feminism motivates her art and that they drive each other.  Eve was bullied by her own father and she said often these men are spilt personalities projecting one normal image to the outside world another violent one indoors.
Writing was the one experience where she was able to make sense of her environment and have  a persona that wasn't being drowned.


Of course we tend as women to blame ourselves - that is that we are somehow the cause of these attacks by our own behaviour.  I remember watching the movie Goodwill Hunting when the therapist says to Will - Its Not Your Fault, Its Not Your Fault over and over. I find it very hard not to believe it is not somehow my fault.
Perhaps this book on art and words and music is about my journey to make sense of it all.  Music has been my escape route to a better place. When I was very young I started to write poems and  to draw.
http://www.eveensler.org/

Ensler started the campaign One Billion Rising for Justice. She says this is a grassroots campaign organised worldwide. In 2013, One Billion women and men shook the earth through dance to end violence against women and girls.  She called on women to dance outside police buildings. Dance is a powerful expression of breaking free; tell stories, organise.   http://www.onebillionrising.org/

We write to you one month before 14 February, the actual day we will rise and dance for Justice. But we all know One Billion Rising for Justice is clearly not just a day. It is a campaign, a strategy, a determination, a new energy. It is months of preparation, investigation, and collaboration. It is the careful, conscious work of building a coalition, inviting new activists, and acknowledging those who have been on the frontlines for years. It is envisioning and writing new laws and legislation. It is breaking the silence, releasing our stories, naming and identifying injustices, creating demands, organizing forums and panels and events, as well as writing songs and poems and plays, and making videos. It is identifying the places where we will rise. It is learning about our sisters’ struggles around the world and making them our own. It is bringing the most marginalized to the front. It is the grassroots leading the way. It is men joining and standing with us. It is acknowledging the places of intersection. It is a decision, a vision of the world where the bodies of women and the body of our mother earth are honored and cherished and safe and held sacred. It is trust. It is expanding our identities and wounds to include the others. It is a fierce refusal to undermine or attack or diminish, but to take the time to find the language to express our grievances and frustrations, with the belief that each one of us in this struggle is on a path of evolution and revolution, wounded, broken, and doing our best. It is a wild energy that says Yes. Freedom is possible. Unity is Possible. Everything is possible. It is a Rising – dissolving borders, edges, separations. It is love, an unstoppable wave of love and justice.

This year, on 14 February 2014 we are calling on women and men everywhere to harness their power and imagination to rise for justice. Imagine, One Billion women releasing their stories, dancing and speaking out at the places where they need justice, where they need an end to violence against women and girls.  Join us!