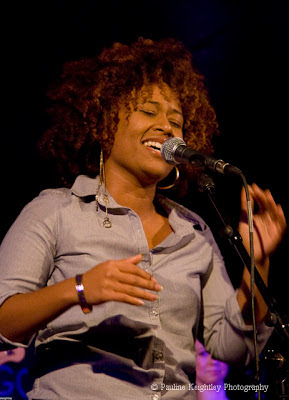 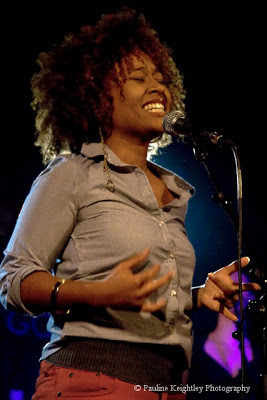 I first took images of Emeli (then Adele) at her EP launch gig at Glasgow's Oran Mor venue. Emily was in the same medical course as my daughter then and she usually won the talent show at her uni course each year.
She had an accomplished energetic rock soul band with her and performed a few upbeat songs. Then she took to the piano on the left of the stage and sang some Nina Simone songs. She had big hair back then!  She showed even then her unique passion in her voice. She had three backing singers too which surely showed how seriously she was being taken in 2007 by the industry.
I started this blog in 2007 while I wasn’t taking the blog as seriously then. Little did I know!. and if I might have imagined big things lay ahead. We all thought her voice was strong but it is impossible to be sure about anything in this fickle music business. What I hadn’t figured on was her drive and commitment which are certainly key ingredients.

I posted the photos from the gig and her PR contacted me about photos for her Aberdeen gig flyers and posters. I met her PR guy at a few events he had me along to shoot at.
Her manager phoned me about photos from London, which was really very exciting.  I started to pursue my music photography seriously in 2007 after I got some fun shots at a few gigs in 2006 with a small digital, and I purchased a SLR camera. 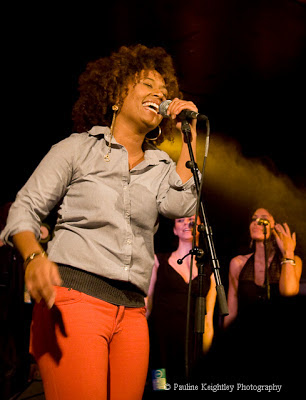 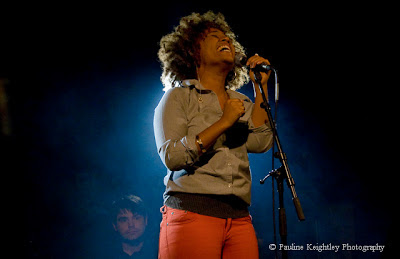 Over this time she was very busy working on her uni course during the week and travelling to London on weekends to write songs and work on her music. She had a few hit songs – one with Chipmunk and another with Wiley.

Then in 2011 she played King Tuts…everything was being carefully planned. I met Emeli at her sound check there and she kindly signed some prints for me.
At King Tuts she said she wanted to do "soul with a rocky edge." She is genuine and sincere and she appeared incredibly motivated. She sings of the wonder and beauty within all of us. I love the positive and true vibes of her music. She is excellent live and her voice has a moving resonance. 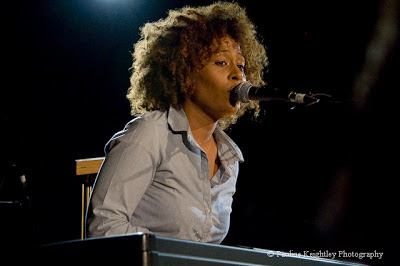 I believe that the successful artist have a purpose in their art – a message they need to convey and that they believe is important.
In July 2012 Sande performed at the London opening and closing ceremonies.This May 2013 Emeli won two prizes at this year's Ivor Novello songwriting awards for her hit song Next To Me as best song music and lyrics, and also most performed work. Her album Our Version of Events beat a record set by The Beatles for the most consecutive weeks spent in the UK's Top 10 by a debut album. I’m so happy for all her successes.

We all left the Oran Mor (and the Albert Hall all those years later!) full of that feel good energy she exudes on stage.
I look forward to the next chapter! 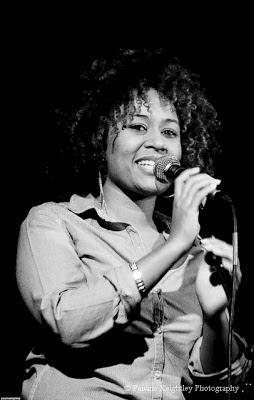 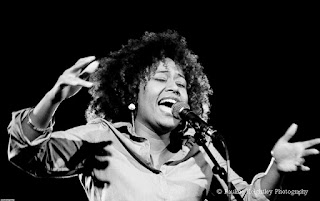