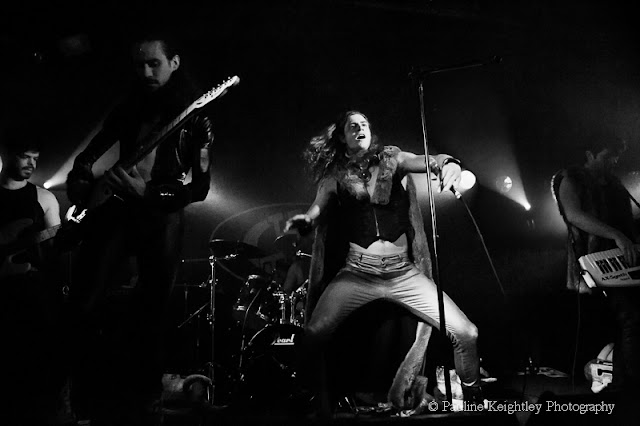 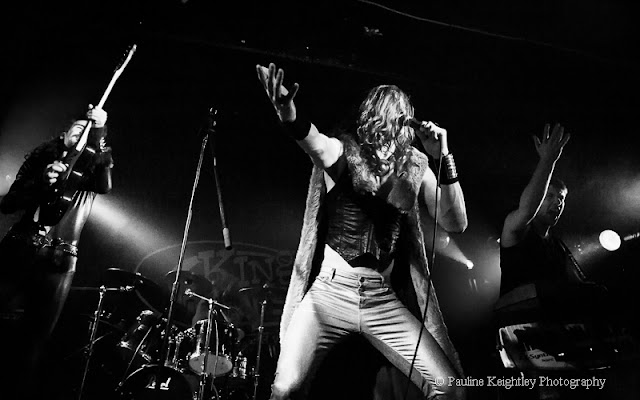 Viking Galaxy headlined Glasgow's King Tuts, which could have proved a daunting experience for a band so early in it's career. They met the challenge bravado as the packed crowd where enthralled by their rock 'n' roll theatre! The band have strong stage presence with their leather trousers, capes, catsuits, pan pipes, horned space helmets and an array of plastic weaponry. 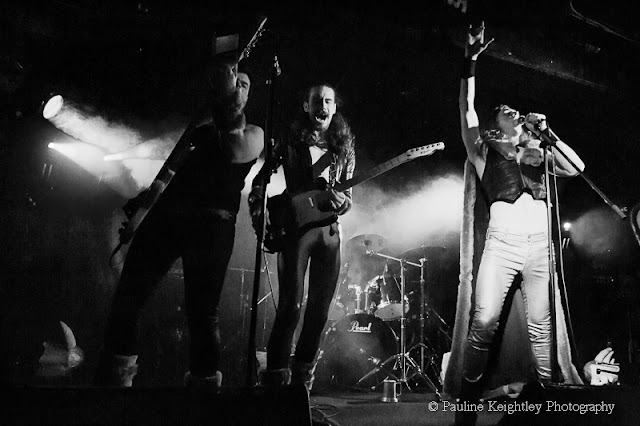 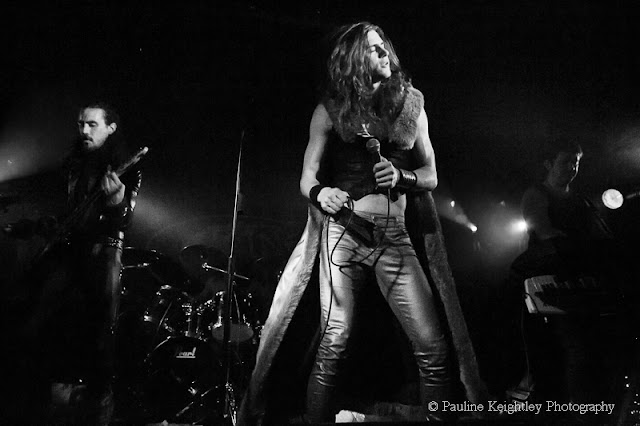 Their songs Call of the Valkyrie, Space Chariot, Raid and Pillage, and Galactic Plunder all went down well. Their catchy melodies give their music broad appeal while their thunderous soaring riffs and vocals won't leave metal fans disappointed!

The King Tuts gig was the perfect showcase for their brand of theatrical rock!  The band’s shows combine costume, props and comedy with well-written, catchy power metal which all made for a fun night. 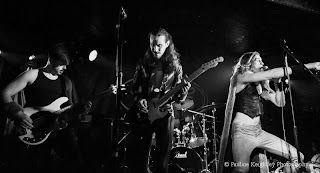 The band includes - William Hill (lead vocals), Ross Keightley (bass) and Mike Parkin (guitar), Mathew Brown (keys) and Alasdair Dunn (drums). Three of the band members met at school where they won the school talent show. Watch out for them at a venue near you! More gigs around the UK are to follow, updates are on their facebook and twitter. 'Viking Galaxy' is a space viking metal band based in Glasgow who released their debut album, 'First Contact', at Love Music Glasgow on Record Store day this May. Viking Galaxy's 'First Contact' is available on Amazon.

I go to many fun gigs - yet it is hard to explain quite what its like when it is your son's gig at such an iconic venue as King Tuts Glasgow. On the stairs are painted the lists of top bands who have performed here over the years. Simply ultra cool!
Fun crowd and great tunes. The band have just released their 'First Contact' album. I love King Tuts one of my favourite Glasgow venues!  http://soundcloud.com/viking-galaxy 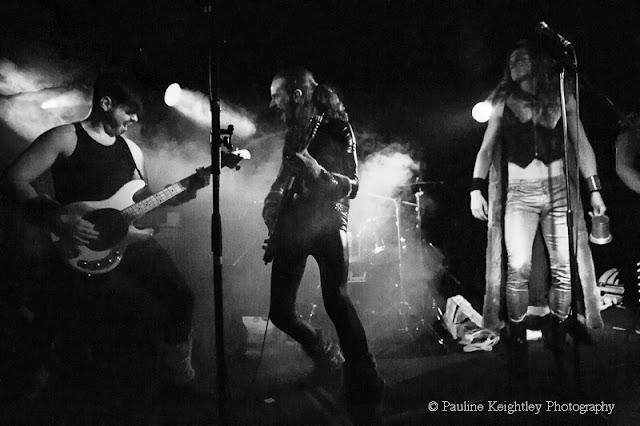