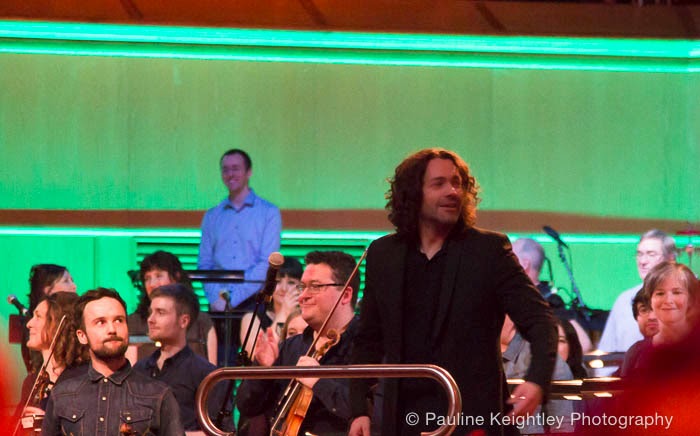 We were treated to an outstanding Celtic Connections Opening Concert - 'Nae Regrets'
Highly innovative. Multi-talented, multi-layered orchestra. Put a smile on my face.

Martyn Bennett's 2003 GRIT was given its live premier with a colourful score by composer Greg Lawson and the concert proved one of the best events I've been to at Celtic Connections music festival.

Bennett was a Scottish musician and composer and the concert marked the tenth anniversary of his untimely death at the age of thirty-three - poignantly he wrote the album while he was dying of cancer. The album offers a musical journey - producing pounding bass rhythms, hesitant strings, gradual and also unexpected crescendos, brass epic grandeur, haunting Gaelic voices, thematic stirring pipes and also humour. The Grit album is about pushing the boundaries and limitations. 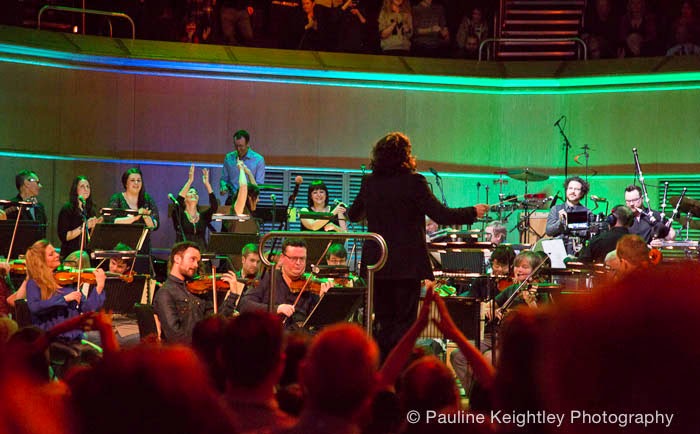 The orchestra of over 80 musicians on the Glasgow concert hall stage tonight consisted of mostly younger folk, jazz and classical musicians. I expect they enjoyed playing a new piece that felt contemporary yet drawing strongly on past traditions.

Conductor Greg appeared overcome as he reached the summit tonight, after years in the planning and he commented that he needed a crash helmet as it felt like his head might explode! 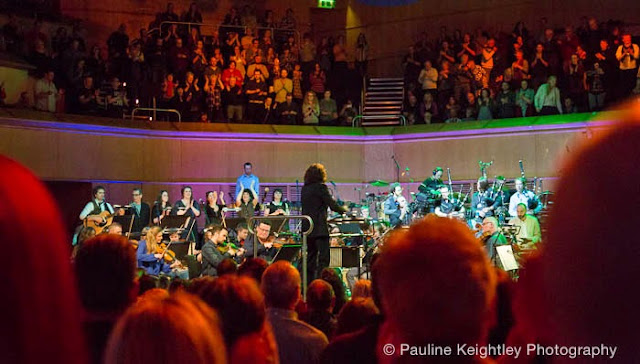 I The first half was of songs from the Grit album and performed by a cast of accomplished Scottish singers - Quebec quartet LeVent Du Nord began with strong harmonies; followed by Fiona Hunter who sang Berry fields of Blair and Young Emslie with Mike Vass on guitar; Rab Noakes sang MacPherson's Rant and To Each and Everyone of You. Gaelic singer Isabel Ann Martin sang beautifully accompanied by Donald Shaw on piano.

II For the second half the full orchestra played the entire GRIT album. Even the word Grit produces earthy, real connotations. Lawson commented that folk music draws strongly on solid music roots, but  ike a river needs to play and experiment with those traditions in order not to stay stagnant and to be brought into the modern age.

On Blackbird male choral voices were brought into the modern age with dancing African drumbeats, resonating textures and bass beats. On the track Why there were soothing strings and clarinet along with Karen Matheson haunting voice. The Wedding track was heart breaking with hesitant, sad, subdued strings when a song breaks the stillness with happier times and then with a dynamic sax melody.

Bennet's music shifted on its axis taking sound into new orbits - ground breaking and energizing. For anyone who thinks folk music is backward looking this concert was highly innovative with jazz, rock elements, classical, Gaelic songs, MORE!  I have never seen an orchestra bobbing up and down and enjoying themselves so much - especially all those eight double bass players!

Only a few concerts put a smile on your face but this one did! 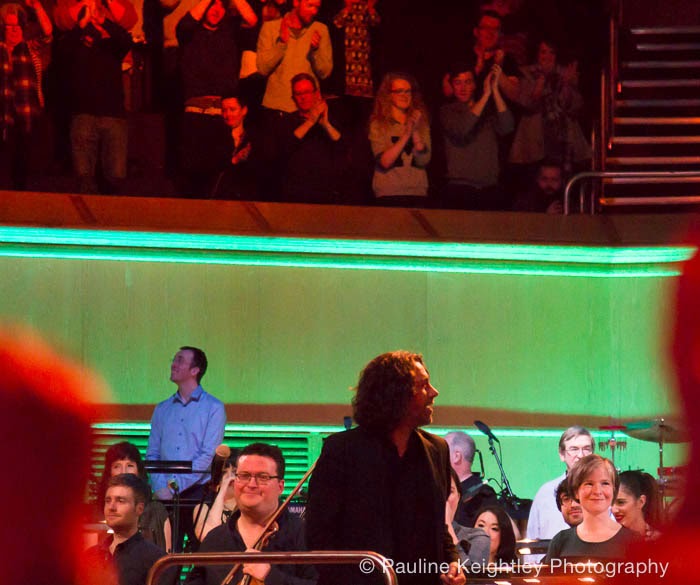 Bennett - ‘Try and find those things that make us Scottish. They are not necessarily tartan, but are no less colorful. They are in the sound of the kick drum, the bass line, the distortion, the punk guitar, the break-beat. Try and see the old ways in new surroundings.‘
'This album was a chance for me to present a truthful picture, yet face my own reflection in the great mirror of all cultures.’
http://www.martynbennett.com

In the studio, he traversed and transcended boundaries, of multiple levels, from that of image – as ‘the dreadlocked piper’ – to those of genre, art-form and audience.

PS Renowned traditional Scottish folk singer Dick Gaughan decided to withdraw from the concert as it was being filmed by the BBC and due to his feeling strongly that the BBC bias during the referendum was intolerable for him.  He is performing his own concert during Celtic –
'Scots music has never sounded like this before. No music has ever sounded like this before’ Mojo