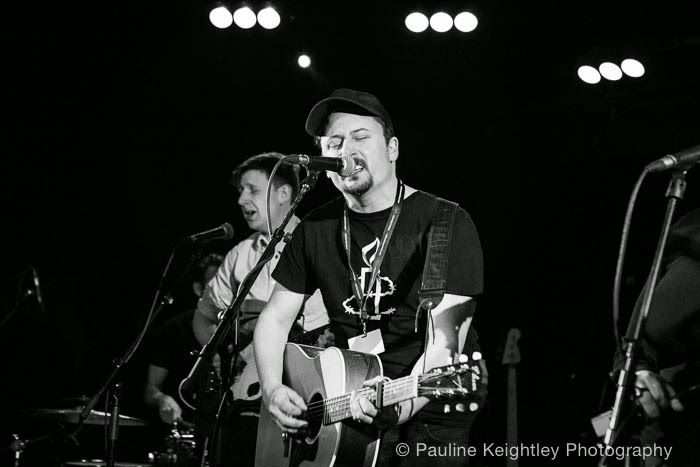 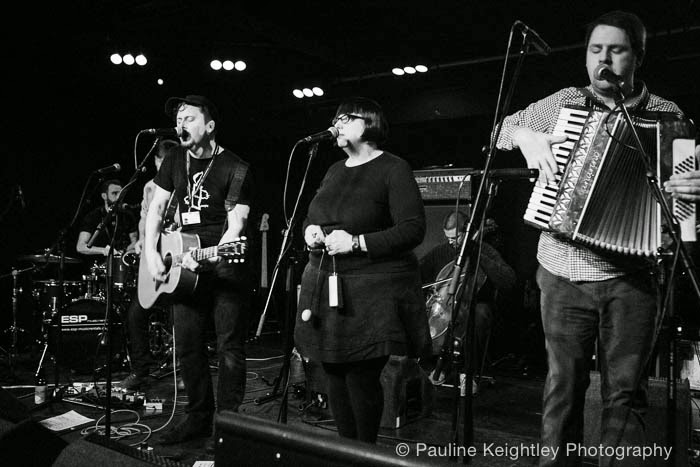 Tonight was an unexpected pairing. Scottish indie rocker Withered hand (aka Dan Wilson) has been gathering top reviews for his albums and The Herald recently listed his album as the top Scottish album of 2014.

The busy ABC crowd were mainly there to see Brazilian rapper and hip hop artist Criolo, but Withered Hand and his six piece band received a warm welcome and they played a strong set with both thoughtful and upbeat songs.

He sang with his band that consisted of cello, accordion, bass, guitar, drums and backing singer. Songs included - King of Hollywood (dedicated to Chuck Berry), Fall Apart, New Roads, Religious Song. His music is a all about the song stories and catchy hooks that stand above many songs today - he writes songs to get lost in.

Wilson's first studio album, Good News and 2014 album, New Gods have been released in both the UK and US. He performed at the South by Southwest festival in Austin, Texas in 2014, as part of the Scottish Showcase.  http://witheredhand.com 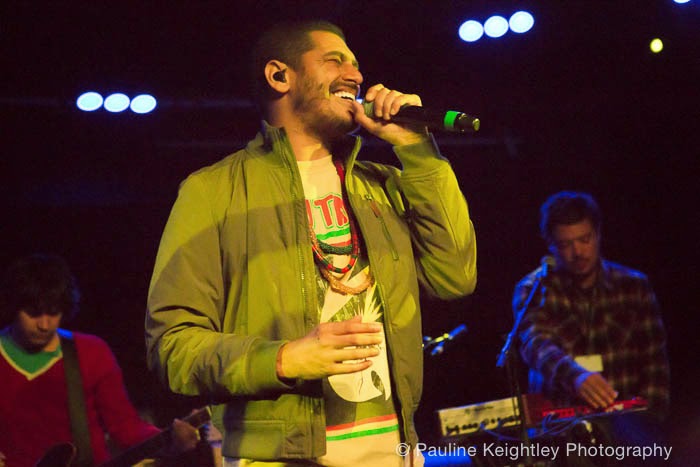 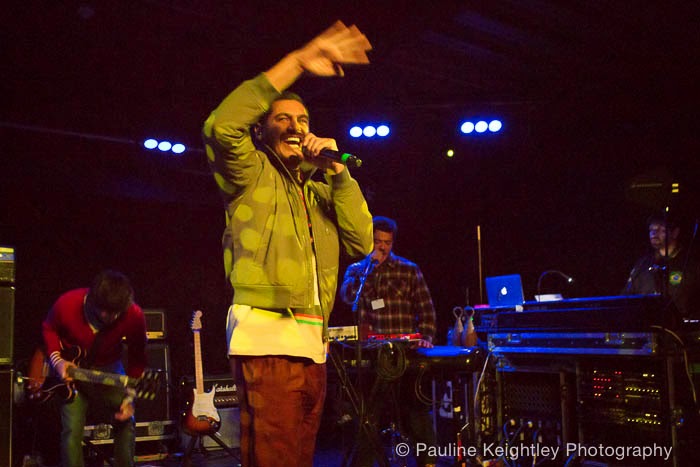 Next up was Brazilian rapper, singer songwriter and hip hop artist Criolo who owned the ABC stage as he danced and acted out his songs and with many Glasgow fans there ready to rock also and enjoy the show. He performed with his band, that included keys, bass, guitar and drums, a dynamically energized set.

Withered Hand joined Criolo on stage with his guitar for one song in the spirit of the festival's dynamic and wide-ranging collaborations. Criolo was highly entertaining and the audience danced and jumped along to his tracks. His music mixes Afrobeats, soul, samba, and reggae. He certainly brought his sunshine rhythms to a cold Glasgow night.
In 2011 “Nó na Orelha” won Best Album at the Brazilian Music Video Awards. http://www.criolo.net/convoqueseubuda/

It was hard to see the Celtic connections here except that the music festival does encourage music voices world wide – from roots, folk, world and indie.  Music at Celtic is not about the mainstream, but rather about quality and challenging new boundaries.