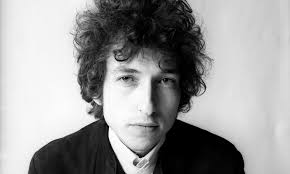 Political choice too - in todays rather scary world of extreme, fearful and narrow governments, who are giving into the voices of fear.
Bob wrote of our common humanity, of tolerance, of inclusion and diversity, harmony.  Play a song for me Bob, play it questioning, sometimes angry sometimes full of wonder. Play it loud and deep.. The answers may yet be blowing in the wind.

Bob wrote of Masters of War, of a hard rain a going to fall, of love conquering all, of important freedoms,
He tied himself to the nearest tree, with the deepest roots.
Play it loud now Bob for all the disenfranchised, for those who cannot be heard, for the weak, for the blind….
Journey to Becoming:  the Travelling Journeyman
FOLK SONGS spoke to him most directly… Dylan looked for songs that make you question what you’d always accepted, that break hearts, have power of spirit.
We are in a constant state of becoming.
He always believed in the constant state of becoming, that you must always travel and never arrive, that the road does not lead to the truth - the road is the truth.
The times writer Bryan Appleyard wrote,  ‘Not only does Dylan make great art, he inspires it I others.’
‘When you got nothing you got nothing to lose,
You’re invisible now, you go no secrets to conceal.’ 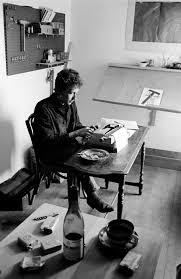 His voice was full of honesty about life - yes life is tough at times - but also his voice and words are full of hopes.  I missed Dylan the first time around.  I was too young for his first albums while I remember his songs, Blowin In The Winds, Mr Tambourine Man and Like A Rolling Stone - although these songs were often sung by others on the radio. In 2009 I watched Scorceses' informed, clever and inspired documentary on Dylan and what an 'ear' opener that was and from then everything changed for me - thank you Scorcese!
Times they are A-Changing
You never arrive.
Words change their meaning.
Time changes everything
Can’t be wise and in love at the same time.

I read these notes he wrote for Broadside 1962. And this is it for me too - those who see wrong but walk on by.   “"Too many people are telling me where the answer is, but oh, I don't believe that. I still say its in the wind and just like a restless piece of paper , its got to come down some time, But the only trouble is that no one picks up the answer when it comes down so not many people get to see and know it.. and then it flies away again, I still say that some of the biggest criminals are those who turn their heads away when they see wrong and know its wrong.............."
It is all about spin when there is no vision or passions, that's what worries me the most...about centralizing power and in so doing restricting our basic human rights and freedoms, its very very scary. We have a system in place with no checks and balances to the power of the 'Crown' or Royal perrogative that resides with our prime minister. I read the Tory's in Westminster want to restrict our Human Rights and ban Extremism.

We have to value our independent, informed and free thinkers – they are few and far in-between.

Dylan, "People seldom do what they believe in. They do what is convenient and then repent... "
Is it the large media companies and their accountants who only want artists to play safe and who sing of the MOR and everything's OK with nothing too controversial? What would they make of a young Dylan singing Masters of War today? Would he even get a label deal?  I guess only in the folk circuits – how did Dylan get heard!

Where are any young singer songwriter with a voice of grit who might challenge assumptions. After all what is art is it doesn’t challenge? 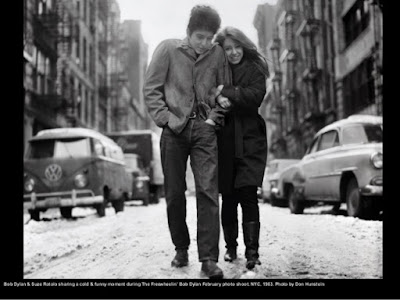 One of the greatest Biographers of Bob Dylan was the award-winning Scottish journalist Ian Bell (who sadly died in 2015). I went to his talk on his book Time Out of Mind at Edinburgh book festival in 2015.  My BLOG on Ian Bell - http://www.musicfootnotes.com/search?q=ian+bell