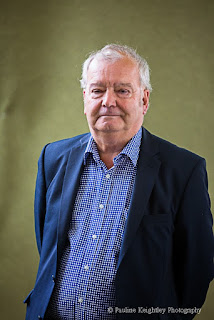 Scotland's leading historian looked at the nation's main migrant group, who have outnumbered all other immigrants combined over the last fifty years — the English.
Devine has co-authored a book on Immigrant communities –  New Scots: Scotland's Immigrant Communities Since 1945. He spoke of one of the most salient issues of our time - English people in Scotland.
For centuries the Scots have travelled extensively and in France they spoke of “Rats and Scotchmen, you find them everywhere.” There has been Scots mobility into England, America, Caribbean, India, Australasia. There has been a great loss of skills and young for a very long time. A net emigration.
He commented that the English have contributed a great deal to our universities and that many English people have moved here to avoid the marketization in England.
At the 2014 Referendum, the English voted 70% no, which compared to the International group, who voted 42% yes. This did not significantly effect the vote he feels, as the English are less then 10% of the population. He says that any abrasiveness between the English and Scottish has more to do with class than ethnicity - or being in bed with an elephant!
Devine spoke of history education in schools and he recommended to teach Scotland, Britain and world. He was asked about the teaching of history in Scotland. He replied that the history of Scotland has been spotty, pop-up and dysfunctional and not good enough to teach. There has been a revolution in the last ten decades however.
Scotland is the earliest state in Europe and went into a partnership with a bigger state. But since 1707 there has been the evolution of a dual identity, both British and Scots since the18thcentury. However there has been integration, but not assimilation.
Historians use representative evidence, to get to the norm.
Devine’s new Book in 2018 is on the Clearances - The Scottish Clearnces: A History of the Dispossessed 1600 - 1900: which discusses the clearances of the Cottars in the Scottish lowlands.  (October 2018)