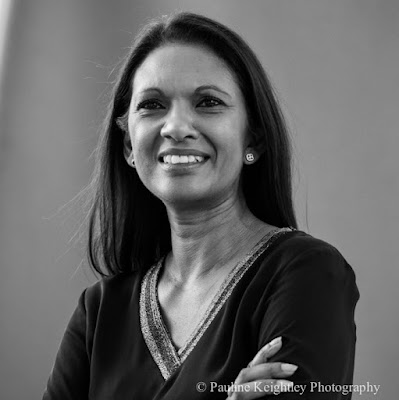 Miller received a standing ovation! Clearly there was huge support and powerful emotions for her standing up for Parliament having a say in the shambolic Brexit process.
This is ‘no time for silence, time to rise’ Miller claimed.
If you fail to make your voice heard, it will be drowned out by those who shout the loudest. Miller is a very articulate, forthright and determined lady!

There was a petition online against her book, Rise, and a threat of mass burning, even before she had written it! She warned she felt there were throw backs in history that we cannot ignore today. She hoped change is happening – against the fringes not getting their way and that determined ideological voices of reason are rising up.

She spoke of her case being fourth on the day and that it purely focused on the letter of the Law of the UK, and not on the politics. She was shocked by the language and vitriol that followed - when she was subjected to violence and not only by individuals online. The abusive mail was even worse and the premeditated nature of posting a letter. She didn’t know that we lived in a country like this.

“Its important to understand the other point of view – to reach out and engage. But there was no reasoning behind it all, only pure hatred. Their hope was to destroy me, to destroy the case.” But she said, “I cannot sit back and watch people hurting. I’d never stop. I’m supposed to be doing this. It is easier to be resilient and a campaigner – to be honest to who you are. I can’t be anyone else. She was also shocked at the level of smears, and casual stereotyping in the mainstream right wing media. I need to absorb that energy. They can’t find fault in my argument.”

Gina spoke of how much she learned from her father. He started out at the petrol pump, got a law degree and became attorney general, in Guyana. Her father was eloquent. Words can bring people together or words can create barriers. She quoted John Mortimer, ‘Words into the courtroom are soldiers into battle.’  We must know our place in the world. – the role of law, and civil justice. We must fight to being back democracy to our country.”

She said, “These are dangerous times and we are not walking on stable ground, on values and principles, respect for each other. Today the ground is rocking with weak foundations. Some are exploiting divisions in a systematic and cultish way. People are defined by how they voted in a destructive way. There are politicians with a hidden agenda, which can lead to an authoritarian society with less choices. A deliberate re-alignment.”

She says our politicians are arrogant and lazy with a zombie parliament and with no written constitution. We have two leaders, who are not states people and have no plan.
A People’s Vote? The politicians don’t want to get their hands dirty – so give it back to the people. Miller advocates three choices for a People’s Vote – Mrs Mays deal/ a Canada style deal / no deal. Around 73% now are in favour of a vote.

For the younger generation, she feels they don’t teach what the EU is really about in schools.
It is cheaper to join a club, with the EU we share – medical agency, open skies, legal, environmental agency, infrastructure, research, just in time manufacturing, and much more. Miller wondered, how do we get out of this mess and all the divisiveness.
She spoke of moving past divisions – and I agree – but moving past wealth divisions will not be so easy. The system needs changed through independence.

PS  I don’t want an indy Scotland building walls with its neighbours or with Europe. Indy is not about borders for me. We must speak with both national and international voices. Change can only happen in small places: that's where the creative, innovative, individual voices happen.

I feel the world has tilted off its axis for a while – I can hope it will correct itself! I remember the Berlin wall coming down and we seem to be building too many walls today.