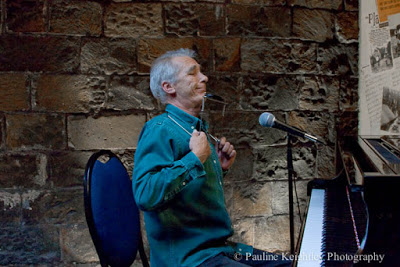 Liz Lochhead – “he turned everything upside down.”
We became better people for knowing him.

This was a delightful talk at Edinburgh International book festival 2018, on one of Scotland’s greatest singer songwriters Michael Marra, who sadly died in 2012. Author James Robertson was joined by Calum Colvin, Sheena Wellington and Gordon Maclean.

They spoke of the influence Marra’s music has had on the city of Dundee, and that partly because of Marra’s powerful songs there is more self confidence in the city of Dundee. Sheena said that Dundee marked on your character and community. She knew Michael growing up in Dundee. Michael used the city's culture, language and people and he helped to give Dundonians a sense of pride and raised their confidence.

He was a proud but humble man – not parochial or cosmopolitan, with a wide heart of the whole world. He was extremely intelligent and creative and the system couldn’t cope with him.
His experience in London was not good and he was rejected by the industry. They wanted to change him, which would remove him from exactly what made him an artist. His lyrics are so clever and beautifully written. 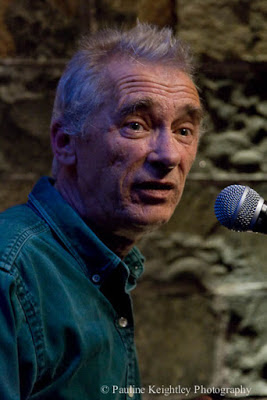 Why will his songs last? They are totally original and unique. They are not about his own feelings – instead they speak for everyone, are often a story about a character and are quite theatrical. Marra is a touch of genius and a seminal voice in Scotland.

When Marra performed he lifted the audience and they would be in the palm of his hand.
In 2007 Marra was given a honorary degree at the University of Dundee and it was a day of great pride and emotion for him. 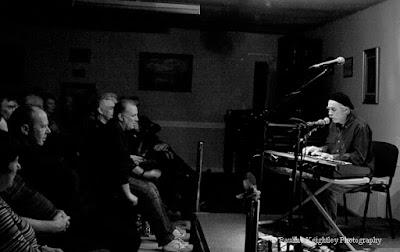 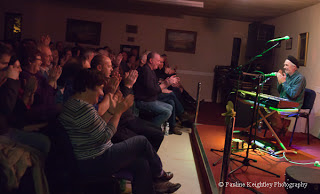 A Canadian in the audience asked why we didn’t a of Marra in the media.

“If you don’t know how strong your voice is, you’ll not vote yes.’ he said.
Perhaps its because Scotland doesn’t have control of its own media and until recently had no press (the National started in 2015).

To close for a treat,Sheila sang Marra’s classic Hermless.
BOOK – Arrest his Moment by James Robertson 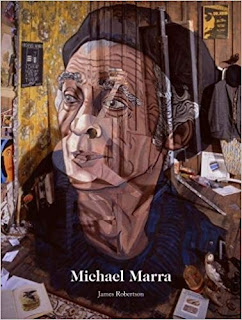