The Pen is Really Mightier than the Sword 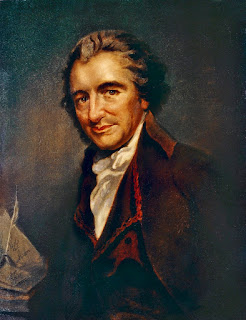 In Tom Paine’s pamphlets made the American Revolution. Without his words there would have been no victory – His ideas reflected Enlightenment ideals of transnational human rights.Common Sense was so influential that John Adams said: "Without the pen of the author of Common Sense, the sword of Washington would have been raised in vain". (Rights of Man 1791/ Common Sense 1776)

WB Yeats –
Yeats gave the Irish ‘who they were’ before the endless fighting. He elevated the old heroes and gave the political expression of the people.
Nations are not about lines. Every people need their myths. There is “no fine nation without literature and no fine literature without nationality.” 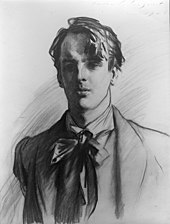 No one wrote poetry like Burns. After reading Tom Paine’s 'Rights of Man', he wrote the best loved poem that speaks of equality for all - "A  Mans A Man For A That." Burns was a radical who wrote about equal rights for all men regardless of rank.  He also wrote , the Liberty Tree, The Slaves Lament, Parcel of Rogues to the Nation.

Poet Hugh MacDiarmid wanted to write of a Scottish voice – his best known poem is ‘The Drunk man talked to the Scottish Thistle.
George Buchannan, tutor to James VI, wrote thatall political power resides in the people, and it must reside in the people: and that it is lawful and necessary to resist kings (or queens, or we might say all rulers) if (or when) they become tyrants.

A short distance from my home there is a monument in the small town of KiIlearn to one of the most important writers on democracy, reformer George Buchanan. He was one of the most significant literary and political figures of the 16th century -  poet, playwright, historian, humanist scholar, and teacher to the great French essayist Michel de Montagne, Mary Queen of Scots and later to her son James VI of Scotland and I of England (United Kingdom.)Buchanan was a native Gaelic speaker from lower loch Lomond. He was deeply impressed that the Gael had held on to their language and culture for more than two thousand years. He was a Catholic, who was committed himself to the Reformation and he joined the Reformed Protestant church in 1560s and published several books.

Are we in danger of loosing cultural confidence. In todays world of turmoil we are  loosing sight of what really matters. We have false and shallow leaders who blow with whatever wind is blowing – they have no backbone, morals or compassion.