There’s the issues of Russia’s recent imperialism invasion of Ukraine, is this cultural genocide or fear of the economic successes of a more democratic Ukraine, or both? Does Putin want to erase Ukrainian culture, language and arts?

In Ireland one of the biggest issues is the Irish language which - unionists are fiercely against. In Scotland its not so long ago that children were belted in class for speaking in Scots, and teachers here were told they would sound ignorant if they spokein Scots! Its about the imperial domination of one culture over another. This is totally fake as Scotland was and is a world leader. Its a disgrace the way Scotland is usually portrayed in films as an ignorant or backward country, when this is a lie.

Why can’t we have both a common language and also celebrate our differences? In Switzerland they have high German in university lectures but speak Swiss German in their breaks.

Billy Kay recently gave an address to the Scottish parliament in Scots. to which there was a backlash by Labour politicians, claiming Scots is not a language. He is the author of the book, The Mother Tongue, published in 2006?

After the Brexit failures, it is British or English nationalism that is the problem. Suppressions of your culture has a devastating effect and left Scots feeling second class and inferior. I had hoped the days of imperial vandalism and repression were behind us now. 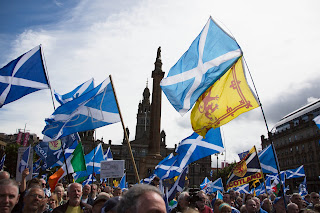 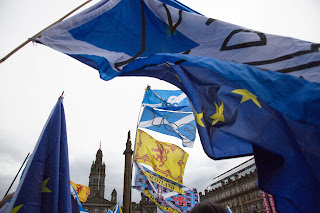 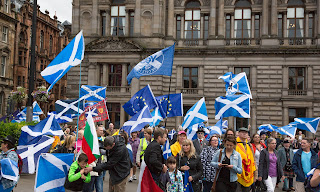 She had noticed on Spotify that there were all other living languages – Welsh, Cornish, Gaelic, Irish,

But no Scots. She contacted Spotify, asking to have Scots recognised also, but was ignored.

Then she met a Spotify executive at a music event in America and told him of her request and within a few days Scots had been added.

Result. Well done Iona!  I took photos of Iona at Celtic Connections and was impressed with her voice. Check her out here –  https://ionafyfe.com

**Scottish nationalism - doesn’t want a superior voice just an equal one. Its inclusive or civic and about all who want to make their home in Scotland – its about places, unique Scottish geography surrounded by open seas at the edge of Europe and close to our Nordic cousins.

Shetland is a mere 140 miles from Norway -. Orkney is home to the Brognar of Ness – which was an ancient temple, visited by people from all over Europe.

And also Scapa Flow Orkney, where the naval fleet was stationed in the war.

By contrast the words ‘all in England’ or the English or viewed as more ethnic and doesn’t include all who live in England. According to leading psychologist Stephen Reicher, at St Andrews university.

Its important indy supporters make it clear Scotland’s independence Is not about ‘ethnicity’ but about all who live Scotland.    #¥esScots