‘Bothy Culture and Beyond’ Celtic Connections 2018 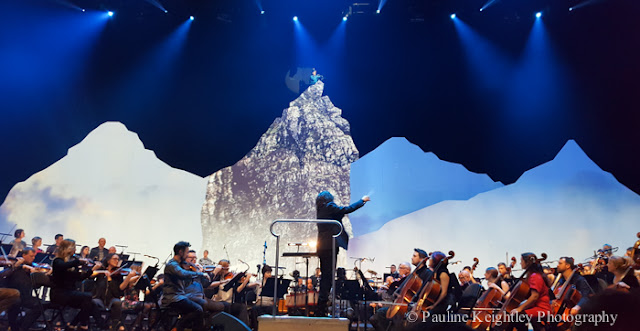 At a packed Glasgow Hydro, the audience was enthralled with a world premier performance of Martyn Bennett’s, Bothy Culture and Beyond, as part of Celtic Connections. The GRIT orchestra and was arranged and conducted by Greg Lawson.

Three years ago I went to the Celtic Connections opening concert Nae Regrets – and what a night it was!  The GRIT orchestra played Martyn Bennett’s first album (conducted by Lawson). Bennett composed Celtic fusion music that successfully mixed the old and the new, Celtic traditions along with electronic techno. He was known as the Techo Piper with his deadlocks and innovative playing. He sadly died young at 33 from Hodgkin’s lymphoma. He performed at Edinburgh Hogmanay and T in the Park.


*Lawson introduced the players and the stage was set for an outstanding performance of pipes, dance and celebration. He told us, “To find identity, we need different perspectives (all welcoming Scotland) to find truth and embrace difference, so both sides are enhanced and everyone is enriched – an evolution.”  As well as classical and jazz musicians the orchestra featured renowned folk fiddlers  - Duncan Chisholm, Aidan O’Rourke, Chris Stout, Megan Henderson, Sarah Jane Summers, Charlie McKerron, Eilidh Shaw and Laura Wilkie

This concert was full of ‘joie de vivre’ and the drama of Scotland’s landscapes, from its tallest peaks to its rushing waters and in-between the cultural melting pots of her vibrant cities. Bennet’s music tells of youth, the ancient stone hilltop Bothys along with the rich cultural voices he inherited from his mother, folklorist Margaret Bennett.

Many tracks transcended time and place. The concert began with the sweeping Orcadian Strip the Willow. Then the concert was brought alive visually by aerial dancers All or Nothing who shimmied on hoops and ropes for Aye. There was powerhouse brass and Celtic whistles with Shputnik in Glenshiel. While others tracks had the ‘get up and groove’ to the pipes, such as on Ud the Doudouk.

Fiona Hunter haunting vocals were followed by the Glasgow chapel choir, who were eerily ethereal on Blackbird, when ancient voices met contemporary vibes. At this point stunt cyclist Danny MacAskill rode on his mountain bike around a track laid out around the arena, and then on the Skye mountain backdrop behind the stage.  (His ride of the Black Cuillin Ridge Skye, is sound tracked by Bennett’s Blackbird , 55m Views YouTube). 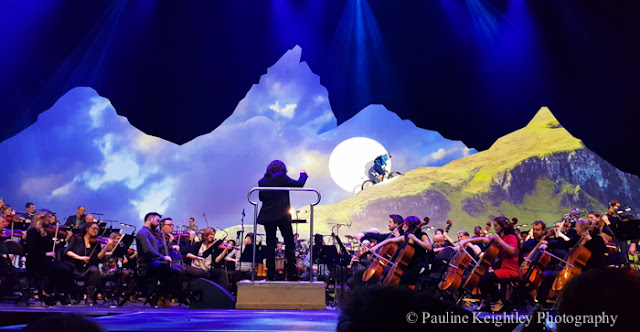 On the moving track Hallaig, Sorley Maclean’s poem was read by the actor David Hayman -
“A wood going up beside the stream, Heartbreak of the tale.”
The crowd in the Hydro were all ages and danced and sang along to Bennett’s life-enhancing music. The set closed with the drama of the lone piper Finlay Macdonald for Waltz by Hector.

Bennett challenged the norms – with whistles, brass, electronic beats and his chanter.

There were several web kent faces in the crowd  Well done to all the talented performers and to Bennett himself. This was the biggest audience I’ve seen at Celtic Connections and festival director Donald Shaw says he wants to focus on more larger scale productions. 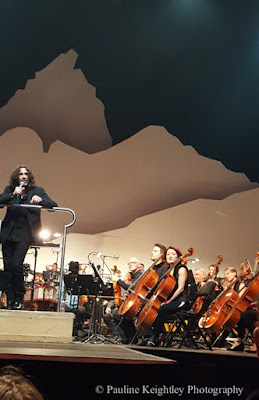 I’ve arrived at venues for sound checks when they are cold blue, empty – it’s a strange transformation. People gradually start to arrive – music is played as all changes to the vibrant joy and energy of reds and oranges. Those hilltops Bothys were like this too -  fires were lit, warm drinks were had and traditional songs were sung. It’s the all embracing warmth of the human connection and celebration. Why should we remember? Why does it matter? We live in glossy, shallow times. It’s important to look beyond – to seek truth.
What really matters in the end. On our journeys, over sea or land – to pause, to wonder, to seek renewals. To hope.. To seek shared human joy.  ‘Bothy Culture”

Seeking difference enhances perspective of who we are. ‘
Scotland does not want to silence ‘other’ voices but to embrace them – while we keep our rich heritage alive and well and so she sings for all. * I might have wished for more info on Martin Bennett himself with perhaps clips of him telling his colourful story in the interval before the GRIT performance.

(Scottish Independence is not about ‘identity’ – rather how we can embrace our past, have understanding and build a better Scotland for all.)