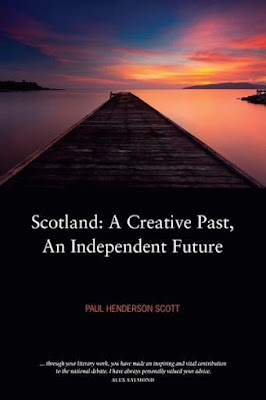 The Scottish Reformation 16th century introduced a democratic structure to run the church and education for all. Scots were the most educated people in Europe.

However in recent times those recruited to run Scottish arts have been mainly recruited from England, who clearly have no knowledge of Scots heritage, history, language, music or arts. And this is "all designed to imply that Scotland is a dull backwater which has never produced anything of importance.” - writes Paul Henderson Scott in his book Scotland: A Creative Past. This was also a result of the extreme centralising in the UK during the wars of the 20th century.

- In her article Scotsman Carol Craig writes  of, ‘The Scottish crisis of confidence about Scots feelings of inferiority.”

How can this be true in a country that has contributed so much to the world in ideas, inventions, literature and arts? The answer is that education of many Scots has left them in complete ignorance of all of that. London became the main centre of the British empire. Back early 17th century, James Stewart VI of Scotland and England  in a treaty with clan chiefs on Iona, had them agree that their eldest sons would be educated in England.

One problem is the number of private schools in Edinburgh (at 25%) and with English students dominating Edinburgh university and St Andrews. #¥esScots