I’m excited as this will be my tenth year anniversary covering Celtic Connections.! Hard to believe. Here are some of my strongest memories and personal favourites over my time at the festival.

THE GAELIC SONG
One of my most memorable experiences at Celtic Connections festival is hearing the Gaelic songs – sung by the incomparable beauty of the voices of both Julie Fowlis or Karen Matheson. Also newcomer Mischa MacPherson. I don’t understand each word – but I understand the feelings and there is something expressive in Gaelic that comes over in a way that’s not possible in English. I remember taking to press director Hannah about newcomer singer songwriter Rachel Sermanni. She commented how important it was too to have the Gaelic singers as they were so popular.

THE CEILIDH BAND
Another top memory at Celtic is at the Old worldly atmospheric Old Fruitmarket venue, with its coloured fairy lights is the perfect setting for some of Scotland’s top ceillidh bands - Ceilidh Bands this year include – The Unusual Suspects, Manran, Session A9 and Shooglenity. 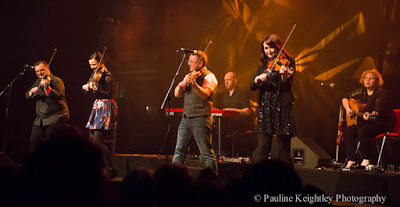 THE INDIE ARTISTS
Celtic provides a platform for hearing quality indie artists and attracts a wide variety of talent and a music lover audience. I heard the top guitarist RM Hubbert and the very loud prog rock band Mogwai at the concert hall. 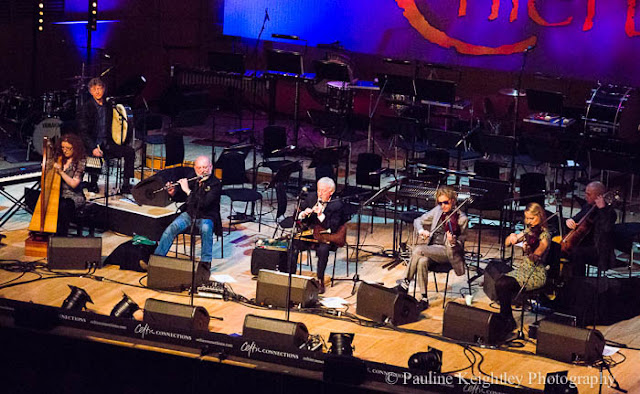 THE DANNY KYLE STAGE  (open mic)
Every day at Celtic its enriching to visit the open mic at 5, which attracts top folk musicians world wide. I’ve heard many top musicians here and sometimes those artists who have gone on to win such as Karine Polwart, Rachel Sermanni, Manran, Genesee.

MY TOP CONCERTS?
Tricky one and its hard to choose. I have to mention the stand out GRIT opening concert 2015 of Martin Bennett’s class album with the full orchestra. A highly unforgettable experience! Martha Wainwright, who held the Fruitmarket audience with only her guitar, voice and songs. The Tribute concerts led by Rab Noakes for the great Scottish singer songwriters – Gerry Rafferty and Michael Marra. And of course the outstanding Transatlantic Sessions - for the musicianship of the band and the quality singers.
At Celtic Connections 2016, I enjoyed the concerts of The Chieftains, Lucinda Williams, Rachel Sermanni, Siobhan Wilson and especially the fun ceilidh bands of Rura and Blazin Fiddles. As usual the highlight was the classy accomplished musicianship of the Transatlantic band with the wonderful singers Rhiannon Giddens and Cara Dillon.
**At Celtic 2017, they will focus on the half of the population often ignored – the women’s voices with the singers and musicians. The women care about home, children and mother earth. There is a story of a south American tribe where the women said, Stop, stop! – there is enough food and shelter and telling the men to stop hunting and killing. Some of the many outstanding women this year include - Laura Marling, Eddi Reader, Mary Chapman Carpenter, Alice Marra, Karine Polwart, Beth Neilson Chapman, Shirley Collins, Olivia Newton john, Roberta Sa

This year I look forward the wonderful and often unexpected collaborations; Showcase Scotland; Celtic’s Educational Program. Celtic is one of the leading annual festivals of folk, world, and roots music – 18 days of concerts, ceilidhs, talks, art exhibitions, workshops, free events, late sessions and a host of one-off musical collaborations. To the opening concert with Laura Marling and the RSNO.
And not forgetting the men – Rab Noakes, Adam Holmes, King Creoste, Billy Bragg, Jerry Douglas and more.
I look forward to the Buzz of the festival – the gathering of like minded music fans and artists!

The festival will also celebrate the anniversary of the independence of Canada and India.  The festivals partner for this year is Brazil.
**This year also holds several major anniversaries.
http://www.celticconnections.com/