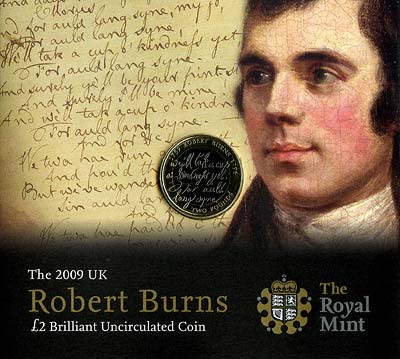 ‘HAPPY BURNS DAY!’
Lincoln carried a book of Robert Burns poems and during the civil war he read Burns aloud. He was a great fan of ‘Scots Wa Hae’ and had one of his sons named William Wallace. There are more statues, fifteen in all, to the great poet Robert Burns in America than to any other writer or musician! In the 19th century he was as big as Elvis. Many of America's greatest poets and writers were greatly influence by Burns - Woodie Guthrie, Bob Dylan, Steinbeck (Of Miss and Men), JD Salinger (Catcher in the Rye).

Burns was too afraid to publish his poem, A Mans a Man for A That, in his name at this time – the punishment then for speaking up against the union was hanging or deportation to Australia. It was only two years after his death this was acknowledged as his song.

Enjoying Burns is NOT parochial – Burns wrote of everyman and not about local issues. He was the first great romantic poet and influenced others. More than ever his words on equality, protecting nature, our being at one with nature and against greed, oppression and ignorance matter.
A few months back I wrote a blog on the statues in Scotland. I was reading Burns Wikipedia page when I realised the statue I passed at the bottom of Leith walk near the River Forth each day on my way to school, was actually the ignored poet (then anyway) Robert Burns. I studied both English (note not Scots) and history to higher level and each subject focused on English history and culture. Any Scottish culture was not only a side show, but ignored. Yet every day I passed the cobble streets of Edinburgh’s royal mile and wondered about all the stories and history here that I was not being told. Why was I being taught about far away kings in far away places and not my own history? There is no statue to Scotland's greatest poet in the centre of Edinburgh, oddly.

This was of course a deliberate suppression last century of Scottish history ad culture by Anglicised Scots – just as Anglicised Irish tried to do the same in Ireland.

‘Lay the proud Usurpers low! Tyrants fall in every foe! Liberty ’s in every blow! Let us Do—or Die!!!’

For all this I don’t believe Scotland will ever be only a region and north Britain as some might wish. If we follow this path – we ignore our history at our peril I fear. We will end up as a forgotten and ignored retirement and tourist place on the fringes of Europe. Not a great future for our young people!?

For all this, the time is not right for Indyref2 - people are tired of these ridiculous referendum displays. I know we have to choose, but its best to wait for the foolish Brexit to fail, as fail it surely must. In fact I have grave doubts about these Referendums at all and how democratic they really are - without a free press or media. In our age of Fake News, Post Truth and online Echo Chambers are we loosing the art of Great Debate and real argument? 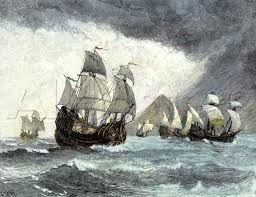 Burns grew up on the Ayrshire coast, where he looked out to sea and saw all the ships in the large busy ports of Irvine and Ayr. He used to dream of travelling to distant shores. He never did, but his words and poems did.
http://www.robertburnsspeakstoamerica.com 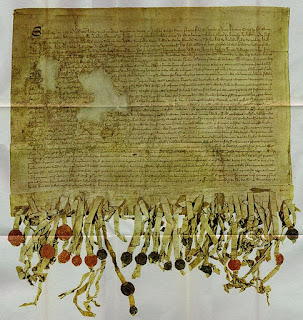