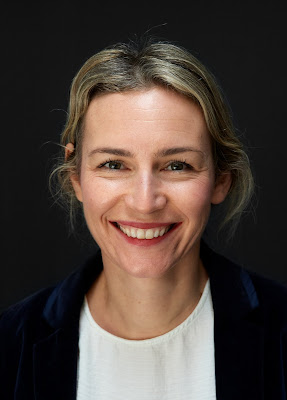 ‘Coke can with a rose’ was a symbol of the west

She spoke of the special shops for tourists, and a marker of contact with the outside world.

BOOK Lea Ypi, “Free, Coming of Age at the End of History” 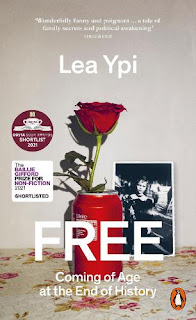 Lea is a lecturer at the London School of Economics. She decided to write her book from the perspective of her childhood and the naivety of seeing the world for the first time.

Albania was isolated and communist and accused other communist nations of betraying communism. It was viewed as the anti-imperialist lighthouse of the world, surrounded by powerful foes and on the right side of history. The College of Communism at the most eastern edge of Europe.

They used special codes, with code words like “biography” and the mystery around “university”, and “stayed to study” – (was an informer). If accused of treason, executed. Her father was not allowed to study maths because he was a teacher. There was corruption and divisiveness – there were Marxists, Leninists and Scandinavians. The regime collapsed in1923.

Her mother, was bourgeoisie and spoke French and had an aristocracy identity. She grew up in Slovakia and lost her identity, in order to preserve her identity. The Ottoman empire last century. Her mother become an MP, father a teacher. Her grandparents met at the kings wedding. 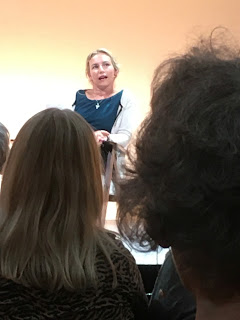 In 1919 the peoples drama when the independent nation state of Albania was declared. Things changed, with a communist republic. Mass emigration and shot at border if trying to escape. The market economy became a gangster capitalism and people became poorer and lost jobs. Parts of the economy became criminalized. Civil war erupted and an economic crisis. There was no financial sector, and fraudulent investments. Collapsed, and started looting and violence. Detested any foreign imposed system.

Liberalism had won and right all along, great powers decide borders. The EU said to reform economy. In 1989 the Berlin wall came down, but there was also nostalgia for the east and maternity leave.

The Ottoman empire had 3 different religions - Catholic, Greek orthodoxy and Muslim. There was Freedom of religion and Religions living peacefully and not an issue. Albania is a Nato country and close friends to US. The politicians promised citizen-led grassroots, privatization and shop therapy, 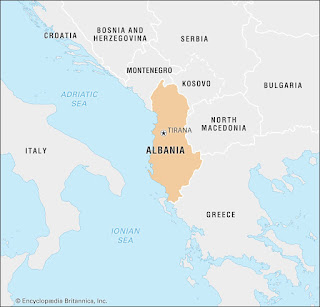 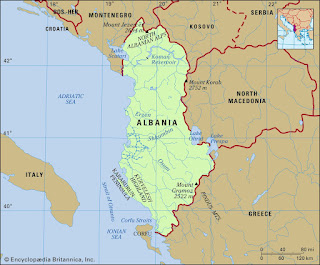 **Albania is a country in SE Europe located on the Adriatic, Ionian and Mediterranean seas and land borders with Montenegro, Kosovo, Macedonia and Greece. Albania has been inhabited by Illyrians, Thracians, Greeks, Romans, Byzantines, Venetians, and Ottomans. The Albanians established the autonomous Principality of Arbër in the 12th century.

After the defeat of the Ottomans in the Balkan wars, the Nation state of Albania declared independence in 1912. In the 20th century, the Kingdom of Albania was invaded by Italy, before becoming a protectorate of Nazi Germany.

Enver Hoxha formed the Peoples republic of Albania after WWII modeled under the terms of Hoxhaism.

The Revolutions of 1991 concluded the fall of communism and the establishment of the current Republic of Albania.

Albania is a unitary parliamentary constitutional republic and a developing country with an upper-middle income economy dominated by the service sector, followed by manufacturing.[10] It went through a process of transition following the end of communism in 1990, from centralised planning to a market-based economy. Albania is a member of the United Nations, World Bank, UNESCO, NATO, WTO, COE, OSCE, and OIC. It has been a candidate for membership in the EU since 2014.