Noam Chomsky Dissent Across the Decades, 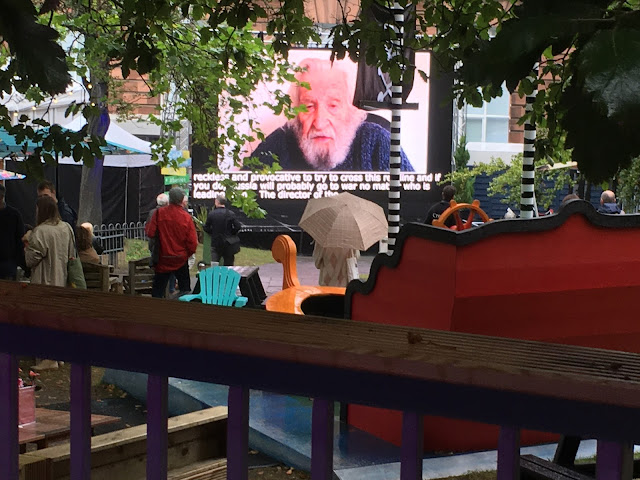 Whether it’s discussing linguistics with Foucault in a televised debate, authoring more than 100 books or being a fierce critic of American foreign policy, Noam Chomsky has been a highly influential figure for nearly seven decades. Now in his mid 90s, he shows no signs of stopping and joins us today to discuss Chronicles of Dissent, an accessible and broad-ranging collection of talks for those who seek new perspectives on the big topics of our time.

*BOOK, Chronicles of Dissent, an accessible and broad-ranging collection of talks for those who seek new perspectives on the big topics of our time. Chomsky said that the corporate press often gets it wrong when ideas can be suppressed with things that you just cant think. We must encourage debate and to look elsewhere. To be different to totalitarian regimes.

In 1920s,  where were the Russians getting information, from BBC and America – in fact many censored Russians better informed than Americans. Could the Ukraine war have been avoided if there had been some thought of Russian security and to Russian red lines, and not to move Nato to border closer.

Identity politics can be good. Scottish independence might be good, he said we would need think though the many consequences, and decide what you want for yourselves and also to retain the unity of UK. The UK can’t hang together in present form – is federalism an option? There will be lots of complications and consequences. Ireland reunification?

Brexit was a major error, and driven the UK into the pockets of the US. We face madman Putin, and the threat of fascism all over the world. Today levels of poverty are unprecedented.