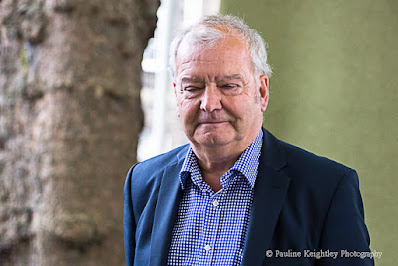 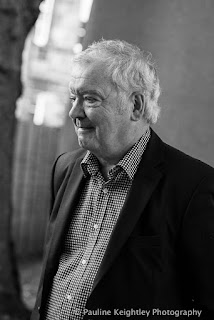 Professor Tom Devine was commenting on the radio on this historic week after Queen Elizabeth’s death, as her cortege left Balmoral’s estates. He said the Queen showed a deep affection for Scotland and recognised the distinctive Scottish nationhood - perhaps reminiscent of past generations that we appear to have lost in our modern times.

As Scotland pre-eminent historian, he was knighted by the Queen a few years ago. At this ceremony, the queen said that she was pleased to be honouring a Scots scholar and historian and she raised her voice – “who has written extensively on Scottish history.“

Devine said, “Its  a shame some UK politicians can’t speak of Scotland with the same level of respect. “

I notice the Welsh language had pride of place in the Welsh ascension ceremony today for new King Charles. So why is the Scots language still treated as an embarrassment? Its shocking that Scots history and culture have been so deliberately suppressed over the past century in Scotland. Children were belted in schools for speaking in Scots and teachers were told they would sound ignorant if they spoke in Scots!

In Maori schools in New Zealand, Maori children are taught  Maori words and culture and to be proud of their heritage. So why on earth must Scots be embarrassed of their wonderful Scots culture? Many Scots are totally ignorant of Scots history and have been taught only English culture.

I would like to emphasize to those who like the union with England, Wales and Northern Ireland –

Scotland’s independence is NOT in any way about not having “unity” here in the UK. In fact I hope we can have much better and more successful unity after indy – its about how Scotland is best governed in the best interests of all those who live in Scotland.

I lived many years in the United States – the states are united, but also independently run their own affairs. For instance, each state organises their own trade deals, vat rates, immigration, laws, and other economic levers. So I firmly believe that Scotland needs their own self governing levers to best address the needs and best interests of the people of Scotland. I would be for a slimmed down monarchy, and I don’t like the term ‘subject’ and would much prefer ‘citizen.

I hope the recant services and ceremonies around the Queen’s death, show any doubters that Scotland is its own distinct nation, one of the oldest in Europe. I hope all those who dislike Scottish traditions, were able to appreciate the beauty of Karen Matheson’s Gaelic song at the St Giles service. It was highly significant that the ancient Scots crown of James IV was placed on the queens coffin, as Queen of Scots.

I had heard from several sources that Operation Unicorn was well planned ahead of time. I hope we can have unity as well as the best of self government. As Succession actor Brian Cox recently said in his chat with Nicola Sturgeon at the Edinburgh book festival, " Its not about personalities but about country and democracy."