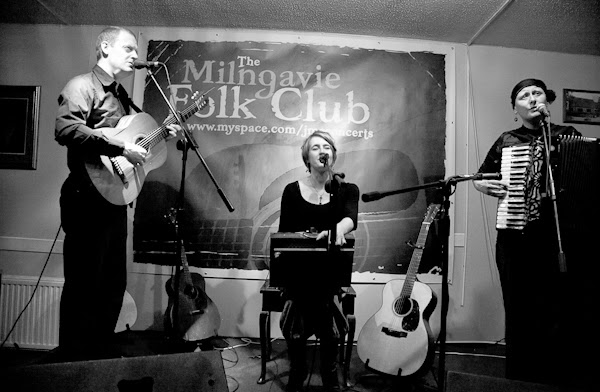 I forgot to write about new music. I'm enjoying 'The Head and Heart' from Seattle, whose Oran Mor gig was very good. (new album Let’s Be Still)
Very good gig though and the audience were really up for it. Also some excellent gigs at the Milngavie folk club - although in folk I am worried that all the Scottish folk legends are over sixty now and I'm not sure who there is from the younger generation to replace the likes of Dick Gaughan or Rab Noakes.

I admire Karine Polwart and Inge Thomson though and RM Hubbert was certainly excellent supporting Mogwai. Justin Currie (with Del Amitri ) was wonderful at the Hydro in January at Celtic (he's not so young either). But otherwise? Many of the younger singer songwriters lack substance, character or depth.

Poalo Nutini? I watched him on Jools Holland last night and he has come on since the early contrived pop of his first album, and much respect to him.

I've been listening to Canadian Sarah McLachlan, who has written some top quality songs and is great live. She has a new 2014 album out Shine On. I'm a fan.

With the age of the internet I prefer to find my own music. I don’t wish to follow what is promoted at me.
Otherwise I go back for my Dylan or folk fix - with a bit of the Stones or Stevie Nicks thrown in. Karine's new album ‘Traces’ is very good, with lovely textures (recorded by her husband drummer Mattie Foulds).
------