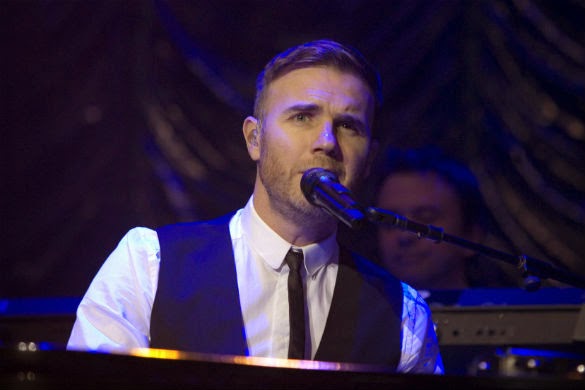 Gary Barlow is now considered as pop music or rather pop song royalty in England (he received an OBE and organised the Queen’s Jubilee concert and even more).  He is following in the footsteps of top no 1 world selling pop singer songwriter Elton John

When Take That broke up Barlow had initial success with his 1997 album, Open Road, which made No 1 in the UK charts. However his 1999 album, Twelve Months, Eleven Days, only made No 34. It appeared that the pop business didn’t know what to do with Barlow as the piano playing and songwriting member of the band. Pop music has become, especially over in LA, more about the glitz and showmanship.

Oddly, back in the 70s, the pop business didn’t know what to make of Elton either – who after working in Publishing became a solo artist in America when he donned extrovert glasses and glittering shoes and jackets, to be seen and heard!

After Take That broke up inn 1996, Robbie Williams (Angels, Let Me Entertain You) became the Big Star, although he has never broken in America.

Meanwhile Barlow was out in the cold and consigned to several years in the wilderness (1999 to Take That reunion 2006 and later his solo release 2012). Even as he retreated into his songwriting he found that the music business wouldn’t touch him and in order to have people even look at his songs he had to put them out under another name.

This continued over years, while he put on weight and became reclusive. Then in there was talk of a Take That reunion in 2006 after a Tv documentary – and the rest is recent history.......
His 2012 album Sing made No 1 UK charts. 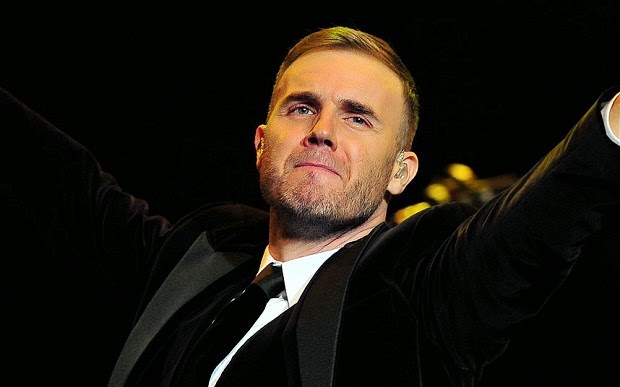 There are a few others such as Kylie who also resurrected her career. In the shallow world of fame this shows the real secret of success is hard work. At 43 Gary is looking better than ever. No matter what people view as cool or not cool – nothing much beats a great pop song!


Gary Barlow OBE (born 20 January 1971) is an English singer-songwriter, pianist and record producer. He is frontman and lead vocalist of British pop-group Take That and served as head judge on series 8, 9, and 10 of The X Factor UK. Barlow is one of Britain's most successful songwriters, having written thirteen Number 1 singles and twenty three top 10 hits. He has had three Number 1 singles, six top 10 singles and two Number 1 albums as a solo artist, and has had sixteen top 5 hits, eleven Number 1 singles and seven Number 1 albums with Take That. He is also a six-time recipient of the Ivor Novello Award and has sold over 50 million records worldwide. He was appointed an OBE in 2012 for services to music and charity.