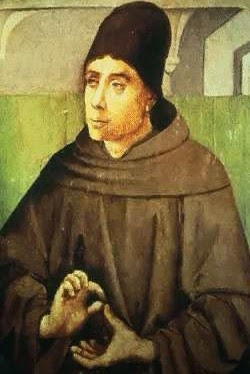 **The Scottish Enlightenment ** I have been busy researching the 'Scottish Enlightenment' – and there is so much to be proud of with figures such as David Hume and Buchanan.  I studied Higher History at school in Edinburgh, where we studied the Tudor and Stuart kings and 17th century European history - and yet I NEVER heard anything of the 'Scottish Enlightenment' until my son studied philosophy here!  I was astonished to hear of the connections between the Scottish Enlightenment, the Declaration of Arbroath and the American Declaration of Independence. Which seriously makes me question why we only learn of the dull and duller kings and not the great thinkers, creators or inventors?
It is a journey of the roots of liberty and of radical political thought, the Arbroath Declaration of Independence (1370); Scotland's Education Act (1496 and also 1616) which meant everyone should be taught to read the Bible and was revolutionary thinking - all helped to pave the way for future democracies. In France Voltaire said "we look to Scotland for all our ideas of civilization,"

'The Scottish Invention of America, Democracy and Human Rights': The History of Liberty and Freedom from the Ancient Celts to the New Millennium (2004). By Dr. Alexander Leslie Klieforth and Dr. Robert John Munro. 1300 BC to 2004 AD.  The book is the first historical analysis of the doctrine of the 'consent of the governed'  by the medieval scholar John Duns Scotus (c1265-1308), the Scholastic Theologian and Philosopher of the Friars Minor, the Franciscans, and derived from 'Celtic' traditions of rule amongst the Scots. The authors write that the roots of liberty originated in the radical political thought of the ancient Celts, the Scots’ struggles for freedom, John Duns Scotus and the Arbroath Declaration (1320), a tradition traceable through the writings of Buchanan, Knox and Frances Hutcheson and a tradition that influenced Locke and the English Whigs theorists and our Founding Fathers - Jefferson, Madison, Wilson and Witherspoon.

The book is an alternative to the traditional Anglocentric view that freedom, democracy and human rights descended only from John Locke and England of the 1600s.  John Duns Scotus, studied at Oxford, Paris, and Cologne, major centres for scholars of Western Christendom.  In the Scots adoption of his ideas, they were not alone and they shared a larger heritage. They also state that there was a rich exchange of ideas in the 17th century between the traders of Norfolk, Flanders, the Duchy of Burgundy, North Italian Cities, Cologne, Hamburg and parts of the Hanseatic League.

Scotland showed that through education for all we developed an enriched and enlightened country where reasoned thought held sway rather than brute force. Scotland was a world leader in medicine, the sciences, law, education, philosophy, economics, engineering and more. The culture was based around knowledge, books, discussions and rational thought.

I attended an informed talk on the Scottish Enlightenment by top Scottish historian Tom Devine - The Road Ahead. He talked of - 'The Land Divided The Sea United'  - My Blog here -
http://yesforscotland.blogspot.co.uk/the-road-ahead-prestige-lecture.html

We stand on the brink of a momentous decision to restore our voice again.   http://yesforscotland.blogspot.co.uk/