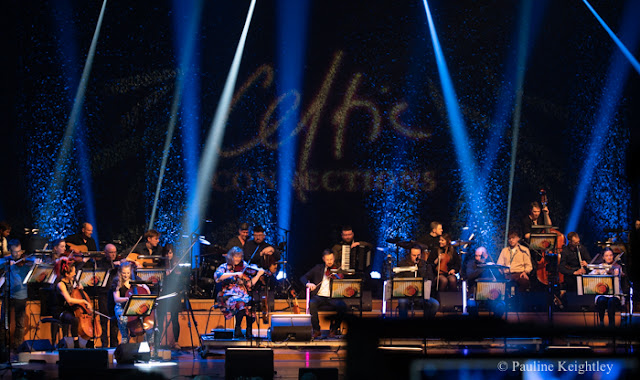 Opening night at Glasgow concert hall. I see young Gaelic singer Kim Carnie walking past with her newly straightened hair. I remember meeting Dick Gaughan waiting outside here when I asked him what songs he’d be singing for the concert. He’s so honest and down-to-earth. I’m also sad for the loss of the Scots legend songwriter Rab Noakes, who often performed and hosted major tribute concerts at the festival.

The baton is being past now to the new generation of folk musicians, while popular festival stalwarts are still here – Karine Polwart, Anna Massie, Michael McGoldrick, Donald Shaw, drummer James Mackintosh – who reminisce on their very first Celtic Connections concert. My first cc was opening night 2008, with Transatlantic Sessions and Capercaillie old Fruitmarket.

Tonight’s concert was a smorgasbord showcasing the range of talent on offer over one of the world’s largest winter music festival – with events at 24 venues across the city, from the Old Fruitmarket, City Halls, Oran Mor, Mackintosh Church, CCA to the concert hall; the centre hub with its Danny Kyle open stage and much more. 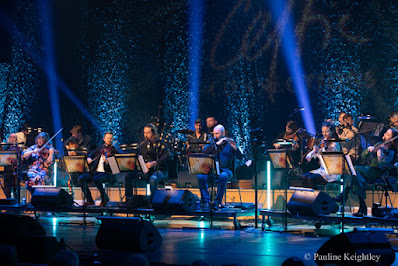 The opening concert celebrated its 30th year, and after two years of online events tonight’s packed crowd were more than ready to party again. The 35 strong big band are packed with quality strings, brass, fiddles, pipes and percussion did not disappoint.

Scottish Album of the Year and a Mercury nomination for his 2022 album Forest Floor. There was high drama with the National Youth Pipe band and the Scottish dance theatre's contemporary joyful display, while the big band held sway with original and challenging compositions. A diverse joyful night of live music. 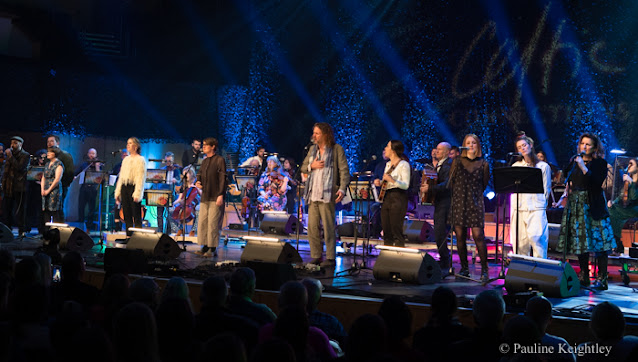 Celtic has taken the intimacy of live folk to a bigger stage and broader audience. The festival explores quality musicianship and singers, diverse collaborations and the ever popular lively ceilidh bands. 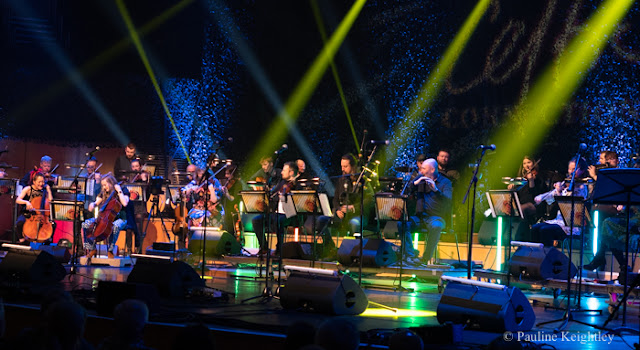 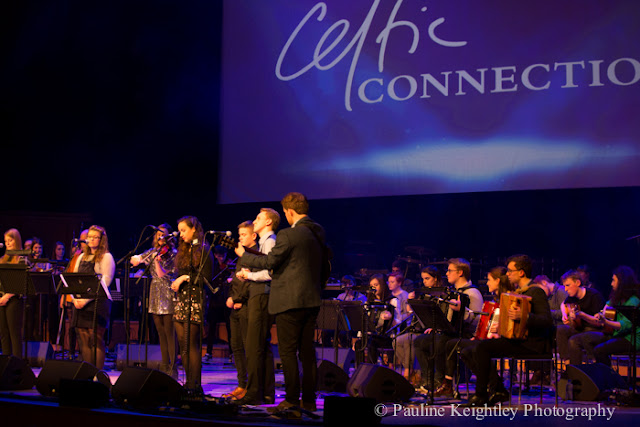 The Celtic Connections opening night was a rousing concert with over a hundred young musicians on stage, to celebrate the passing traditions between the generations. They enjoyed a memorable experience of Gaelic music alongside some of Scotland’s most celebrated folk musicians.
This opening concert began with a moving film by a young musician and composer from the isle of Grimsby - of his grandfather and father and his hope that the traditions and Gaelic can be passed on through the generations by preserving and celebrating our heritage and culture through music.

After which we were treated to rousing tunes by the Celtic Galician folk orchestra Son De Seu. There are seven Celtic nations. This year Celtic Connections festival is paired with the small Celtic country of Galicia. 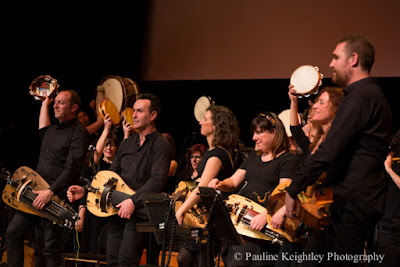 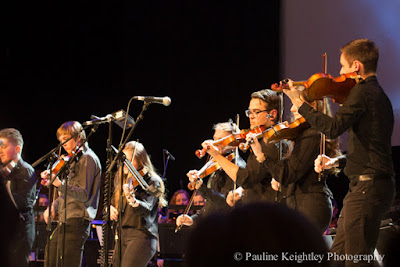 Also performing were the Orkney youth musicians, HadHirgaan and the young musicians from the 5 Feisean, which is held annually around Scotland. 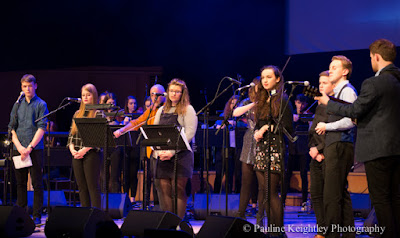 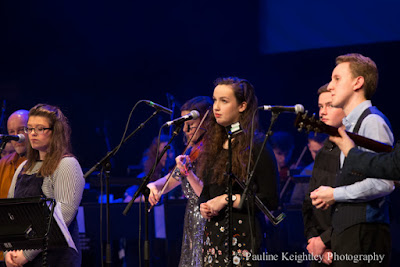 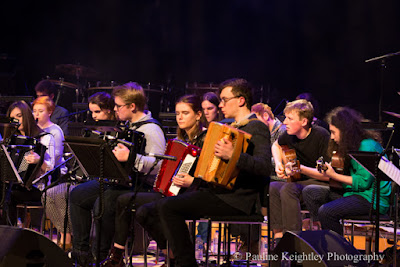 I hope the young musicians were inspired by this memorable opening concert.

What a first class experience for the young performers tonight.

I don’t understand Gaelic, but I enjoy the Gaelic singers who perform each year at Celtic Connections. There is something magical about it and Gaelic song is very popular at Celtic.

2018 was the year of the young people in Scotland, who I hope were encouraged to have their voices heard. 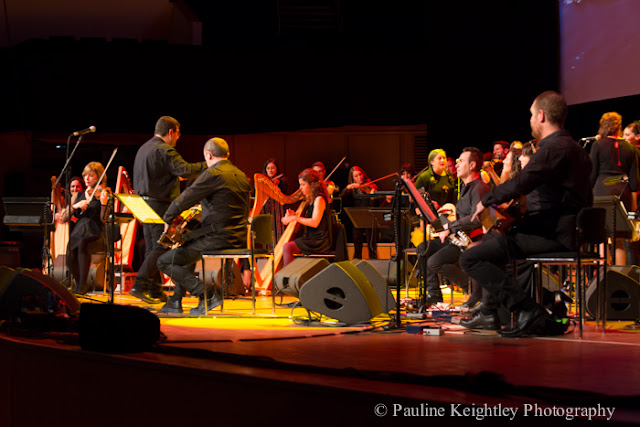 Interesting. This year Celtic Connections festival is paired with the small Celtic country of Galicia.
Galicia sits on the north west corner of Spain – and has had to fight for it autonomy..
They were controlled by Franco's dictatorship. Their democracy was restored when the legislature passed the Statute of Autonomy of 1981 approved in referendum and currently in force, providing Galicia with self-government. (Galicia has a population of 2.7 million)

Galicia, is an autonomous community in Spain’s northwest, is a verdant region with an Atlantic coastline. The cathedral of regional capital Santiago de Compostela is the reputed burial place of the biblical apostle Saint James the Great, and the destination for those following the Camino de Santiago pilgrimage route. The western cliffs of Cape Finisterre were considered by the Romans to be the end of the known world. 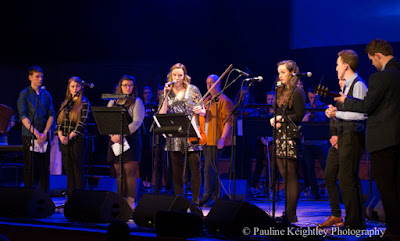