Emeli Sande WINS Mastercard Album of the Year at The Brits Tonight!

Her debut album ‘Our Version Of Events’  became the UK’s biggest selling debut album of 2012 and she sang at the Olympic Opening ceremonies in London July 2012. She also found the time to get married in 2012, its been quite a year for her!


** Emeli won Best British Female 2013.
Emeli Sande says after winning Mastercard Album of the Year Award 2013 ' I'm an unlikely Popstar'  - she is such a genuine person : )

I have been following Emeli since her Oran Mor gig here in Glasgow December 2007.  I got come nice shots there that were used for her promotions in the following years. I first took shots of Emeli at the Oran Mor 2007 and she was attracting attention then for her big soul voice. Since then she has had several chart hit singles.


I met her at her sound check King Tuts back in 2010, and was pleased she gave me time to discuss her music. She said then she hoped to do edgy or rockier soul pop and was influenced by American soul artists such as Nina Simone. Emeli described her sound as 'soul with a rockier edge.' She told me her musical influences came from a diverse range of artists such as rock bands Massive Attack and Portishead, as well as from folk singer songwriters such as Joni Mitchell.  I thought then that Emeli had substance and heart and a big future ahead of her. I enjoyed the positive messages of her songs which compare well to some of the rather raunchy or even questionable lyrics of many pop songs out there. Sande sings of Wonder, Next to Me and My Kind of Love.

Sande plays piano and clarinet, and sang in the school choir (where her Zambian father was a music teacher). She was born in Sunderland and moved to Alford Aberdeenshire when she was four. She was previously a student at Glasgow Medical school. After attaining her inter-collated degree, she decided to pursue her dream in music and signed a publishing deal in 2009.

Since then she has written with artists in London and America over the past few years, and has co-written songs with well known American soul singer Alicia Keys. 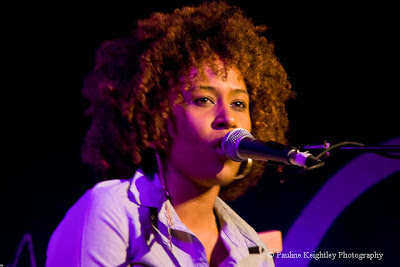 I first saw Emeli perform at her CD launch Oran Mor in 2007 and back then her influences were mainly soul, and singer songwriters such a singer Nina Simone. Her new songs for her debut album our Version of Events had more character and rhythm, structure and vibe around them and a broader range of influences.

In many ways it seems unbelievable to me her successes this past year and her singing Abide With Me at the Olympic ceremonies in London July 2012. 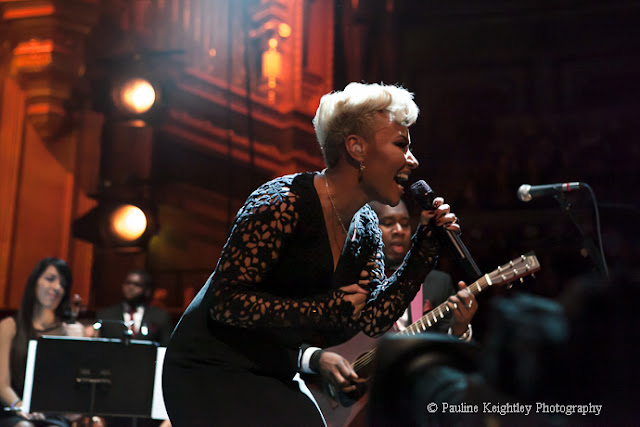 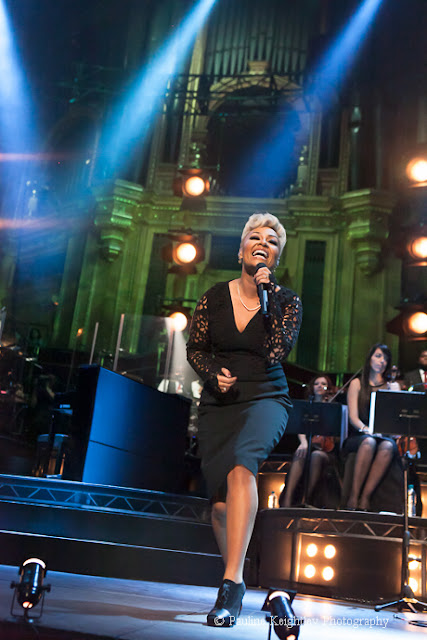 The highlight was my trip to see her live at the Royal Albert Hall in November 2012 – one of the most incredible experiences for me and a day I will never forget.  I will always remember ascending the narrow steps right into the venue where the lights shimmered above us and the anticipation of the concert was palpable…

Emeli said she missed the intense studying in the university library then at King Tuts, but I expect now that she is glad and proud of her decision to move to London in 2009 and pursue her music career!  Thank you Emeli for signing some of my prints.

When I got the email to say I would have a pass for the Albert hall concert it is hard to describe the feelings. I put myself out there and it can be scary – sometimes I hear nothing… I guess it is best to try then not try at all!  And thank you Emeli for all the exciting concerts, for hearing your voice and wonderful songs live at the intimacy of the Oran Mor in 2011, and for the overwhelming Albert hall stage concert. Memories to treasure.  I can only imagine what 2012 has meant for you  : ).  http://www.emelisande.com/ 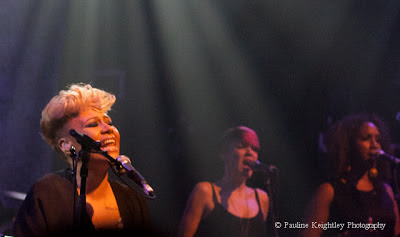 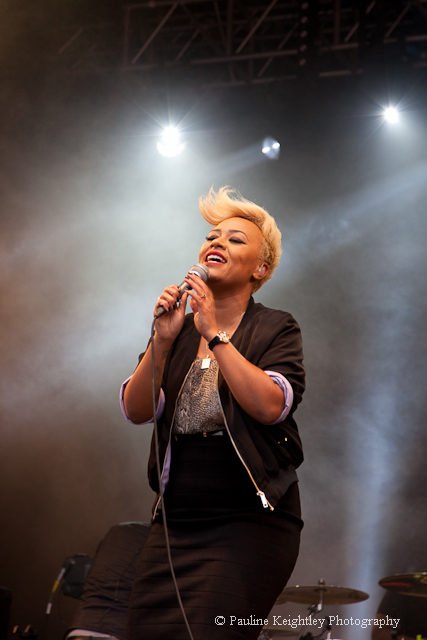