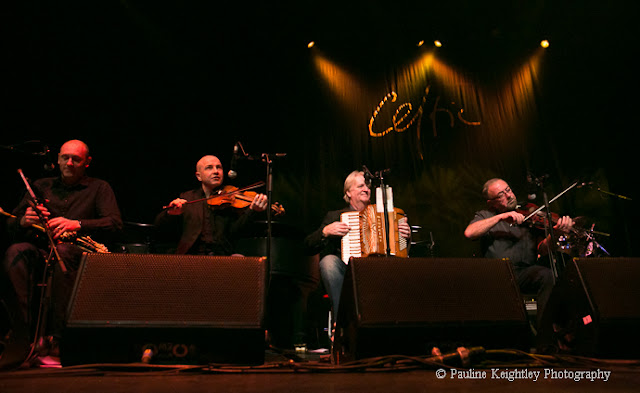 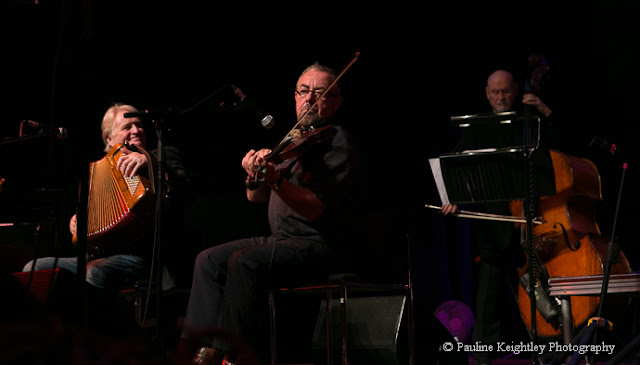 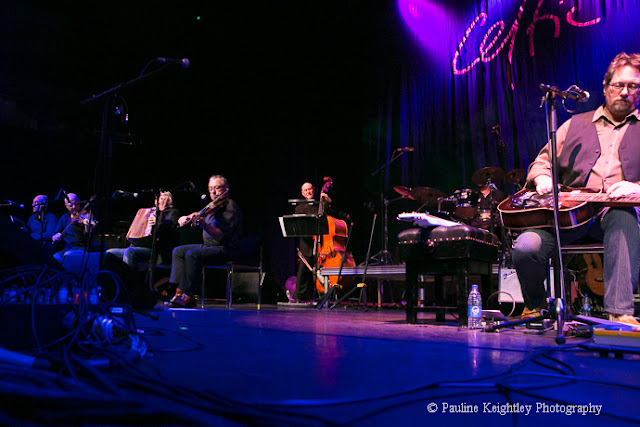 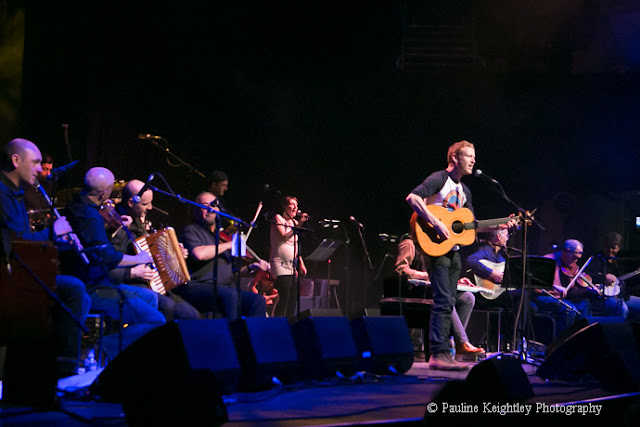 The Transatlantic Sessions concert is about the collective spirit of music with some of the cream of Scottish and American Celtic music. Both musical directors Jerry Douglas and Aly Bain are outstanding musicians. The musicians were joined on stage this year by the singers - Teddy Thompson, Emily Smith, Eric Bibb, Aoife O'Donovan and Mary Chapin Carpenter. The Transatlantic Sessions now tours the UK after its Celtic concerts and they also played over in the US last year as part of Celtic Connections' showcase for the Ryder Cup Chicago, ahead of the contest's coming to Scotland in 2014. It is also the main event at Celtic Connections festival Glasgow each year.

The Transatlantic concert began with the tune Waiting for the Federals played by all the players in the Transatlantic band. Douglas introduced singer Teddy Thompson (son of Richard Thompson) who sang Delilah and Dear Mary. Next Emily Smith sang a Robert Burns song Silver Tassie and her own song A Day Like Today. Bluegrass banjo player Dirk Powell sang the Cajun two-step French song Step de Bonne café.
Dubro player and the most recorded artist ever, Jerry Douglas played Gone to Fortingal. He really is a very striking musician; he also plays with Alison Krauss and Union Street Station. Jerry made the comment that Scotland had romantic tunes but that the US had the titles!  Next blues singer Eric Bibb sang New Home and Goin Down This Road Feelin Bad.
Aoife O’Donovan of the band Crooked Still, sang Hallowell backed simply by piano, and along with Mary Chapin Carpenter and Elaine Smith created some beautiful female harmonies when they sang the song Bright Sunny South. The band played the tune The Helvic Head and then Grammy award winning Mary Chapin Carpenter sang Chasing What’s Already Gone and I Have a Need. She used moving expression and interpretation with her songs of heartbreak and longings.

There is nothing much that can beat having such a top quality gathering of musicians and Teddy Thompson, Emily Smith and Aoife O'Donovan are all very gifted singers. I enjoy watching Aly Bain play, he has a relaxed, easy style that makes it look effortless and he’s a master of his craft. As someone remarked this concert is extremely good value considering the number of quality artists that perform!
I did miss Jerry Douglas’s solo performance at the start of the second set which allows us to hear his skill and musicianship to great effect and provides a contrast with only one player on stage. We also missed both American Tim O’Brien and well loved Scottish singer Eddi Reader this year.

Thanks to Festival music director Donald Shaw for all his hard work to make the festival such a successful event.  And a thanks to the Celtic press team for a nice list of the artists set list and songs, this helps greatly with writing up these reviews! Cheers. 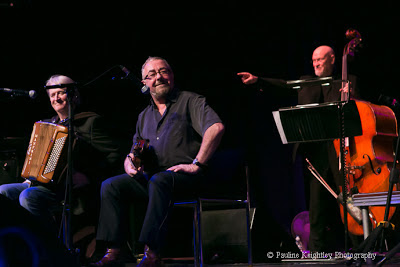