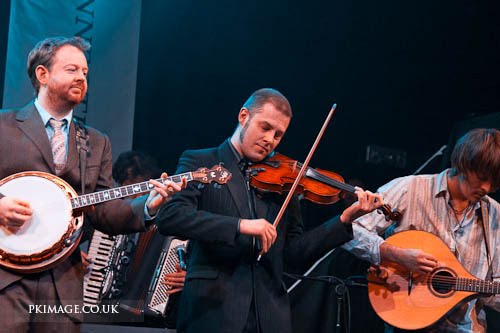 This 3 week festival in the heart of Glasgow is one of the music and folk calendars biggest events and plays on a world stage, with visitors from around the world. I had a wonderful time taking shots at the Celtic Connections this year and I enjoyed the festival more than last year.  There was a great line-up and variety/breadth of artists and it was good to hear new things being ventured by the younger artists such as with the 'Burns Unit' with Karine Polwart - sometimes things intersect? Well done to all involved.  The festival raises the profile of Scottish musicians and artists worldwide with a gathering of some of the best Scottish musical talent. It also encourages new artists and collaborations as well as bringing over many well-respected artists from around the world.

Maybe I got to better gigs and to more concerts this year. It’s main objective is the encouragement of ‘Roots’ music. Another big advantage is that this festival is run by musician and producer Donald Shaw – who displays a strong passion for music. I can’t begin to say what it meant to me to take images of a musical hero of mine Richard Thompson at the festival this year. I’ve loved his songs for many years.
I also enjoyed Jerry Douglas, Martha Wainwright, Eddi Reader, Karine Polwart, Salsa Celtica.


*The Opening concert CAPE BRETON connection.
We enjoyed many accomplished and expressive performances for the opening concert and I have these images of the red light shining through Corrina Hewat’s harp!
**A special word about renowned Cape Breton fiddler Jerry Holland. He started the second half with sweet playing and it seemed that his two accompanists on piano and guitar really enjoyed playing with him. Later I heard that he was very ill with cancer. I got some poignant images of him and I met his guitarist later, so I hope they enjoy my photos.

*Announcing the BURNS UNIT
Friday I went to the ABC venue - a standing gig with more young people. This is the debut gig of a new band with Karine Polwart. I was expecting her melodic guitar songs - so surprised to see her come on stage and play drums centre stage with gusto – and the other band members, notably from Canada- really ‘bouncing’ with their new songs. The band includes well known young Scottish artists who got together for a song writing week in Ayrshire with Chris Difford early 2007. They did a tour and were well received – and are now in the studio working on an album. The set was full of joie de vivre, dynamic fun and variety. Each artist put forward their own unique musical style. The blend of indie rock, Asian grooves, folk story telling, strong beats made for an exciting combination. It’s often where different disciplines collide/ intersect that something unique and magic happens. ‘Taking you to places you never thought you’d go…..’ 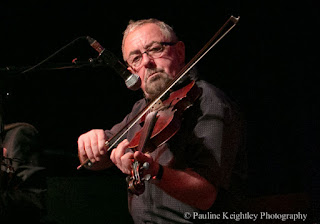 *Dreever, Woomble, McCusker
This is a band with young Scottish folk talent and royalty - with beautiful Heidi Talbot on backing vocal. Many catchy memorable songs such as ‘Into the Blue’ they play an accomplished and very enjoyable set. Roddie Woomble is from Scottish band Idlewilde; McCusker plays fiddle with Eddi Reader’s band and Kris Dreever is one of our emerging singer songwriters. They bring a modern feel on folk traditional music.
On Saturday I heard splendid singing harmonies and top musicianship from the ‘Seaquins’ A new all female band of artists from Denmark and Scotland, at the Old Fruitmarket. The line up includes respected artists form the Scottish folk scene such as Inge Thomson and Emily Smith. With the Danes on strings (violin, cello) on the left and the Scots girls on accordion on the right. I enjoy the very unique atmosphere of this venue, perfect for CC gigs. After I looked at the photos and write ups on Scottish musicians and artists that were lining the walls of the entrance corridor. I make a note of Hamish Henderson who I looked up later – interesting guy! I wonder about how Scottish people think in challenging and creative ways.

*EDDI READER sang Burns
Eddi Reader was magic Sunday night! what a voice. She talked about her 'homecoming' to Scotland and Burns and it made me think about mine. She spoke about Burns being on a bridge in Irvine and some guy said to him – why not get your poems published. I thought about how random life can be.

*AULD LANG SYNE concert
Proud to be Scottish tonight with this quality line up! Boasting the best of Scottish singers with a star studded cast and setting the scene ceilidh band with Phi Cunningham on accordion and John McCusker on fiddle. The haunting lilting voice of Capercaille’s Karen Matheson who sang Bonnie Jean, alongside James Grant playing some blues and rock n roll.. Dick Gaughan sang Burns with his powerhouse voice and guitar -  Parcl of Rogues to the Nation and Westlin Winds. Michael Marra got the audience singing with his piano and gravelly voice on Green Grow the Rashes O. Finishing the first half was red haired Eddi Reader with her moving vocals on Welcome Willie Stewart. Karine Polwart talked about how hearing Dick Gaughan sing Burns made the bard come alive for her, and influenced her own writing. She introduced a gospel set as a tribute to renowned American singer Odetta who died recently and was set to perform at the concert. Award winning songwriter Dougie McLean performed Ye Banks and Braes. Uplifting and with a ceilidh gig after and the first time I’ve seen people standing at a concert hall gig. (more Celtic reviews to follow)


Postscript : A wee word about beautiful Irish singer Cara Dillon. I missed her gig sadly but heard her on the BBC recording and on the radio. A perfect soft caressing voice – full of pathos and tears. Worth checking out.
I’ve met (and read about) so many interesting artists and people the past few weeks. I spoke with Donald Shaw on the first night. By chance he was standing on the steps waiting for the torchlit Parade from George Square- On Saturday I saw Phil Cunningham sitting in the café – when you take photos you know the faces so well. I thought, I’ll go over say how much I enjoy his playing at the concerts etc. but then I feel foolish. After I regret not giving him or Donald Shaw my card. Later that night at the Jerry Douglas gig Ali Bain walked right past me to my surprise, as hew made his way to the backstage door. I remember being told years back what a great fiddle player he is ( from the Shetlands). I met Dick Gaughan for the second time right before the Auld Lang Syne gig – he was going off for a fag and no time to warm his voice. He was talking with Danny Kyle who runs the open mics sessions. Although I did meet a girl involved with the ‘Homecoming Scotland’ this year and gave her my card! I met several other singers and because I know the faces. It’s the names that are harder to remember!
I was pleased to hear that the festival was a big success with tickets sales the same as last year and will go ahead next year – with Scottish Power being their main sponsor. When times are hard people need festivals more than ever. Last year I was the ‘only’ photographer at the TransAtlantic Sessions concert on the Friday night to my great surprise, so it appears that there was better media and filming coverage at the festival this year. I look forward to Celtic Connections 2010. PHOTOS © Pauline Keightley

“It’s not necessarily what you play, it’s how the instrument sounds. It’s interesting to get into the space of others, see what you can add to it, and figure out what the good arrangement choices are.” Bassist/composer Victor Krauss.
(Some highlights were shown on BBC Sunday 15th Feb and on the BBC iPlayer )