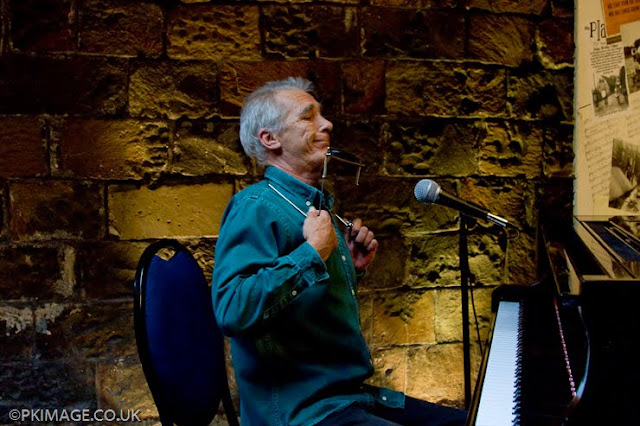 The theatre highlight was Michael Marra. Marra is a Scottish songwriting legend from Dundee. Out of this small grey haired man with the weather beaten face came this huge gravely voice and clever songs, with a strong Scottish and American favour to them. With his clever wit and playful way with words, his songs talk about the eccentricities of the Scottish character. He writes about women’s choirs, meeting artist Freda Kahlo at the pearly gates -well more exactly at a pub on the Tay Bridge because she’s held up! He sang ‘If Dundee was Africa’ ‘Maggie Shae’ ‘Wa can Tell the Difference’ Jersey Kitchen Partner’ ‘Hamish’ and Dylan’s ‘Tomorrow wasn’t such along Time’. He’s the real deal! He finished his set with a perfect version of a Burns classic - ‘Green Grow the Rashes O’

While Marra’s voice draws from jazz, blues, pop and folk with the likes of Tom Waits, Randy Newman and Dylan, he keeps it essentially Scottish in flavour. In 1985 he released his solo album, Gaels Blue, on his own label. .’.

MARRA's music is soaked in the Scottish experience, strained through a gauze of ragtime blues-piano and shot with filaments of traditional folk and American voices ... ‘; Scotland on Sunday